Please ensure Javascript is enabled for purposes of website accessibility
Log In Help Join The Motley Fool
Free Article Join Over 1 Million Premium Members And Get More In-Depth Stock Guidance and Research
By Rich Duprey - Feb 23, 2021 at 9:44AM

The Chinese e-commerce giant is a gateway to some 760 million consumers.

Online luxury platform Farfetch (FTCH 4.58%) is expected to see the number of active shoppers on its site soar to at least 30 million in the next five years as its partnership with Alibaba (BABA 11.74%) and Richemont (CFRUY 4.38%) brings in incremental new demand from Chinese consumers.

Last November, Alibaba and Richemont committed to investing over $1.1 billion in the luxury goods marketplace with the three companies forming a joint venture called Farfetch China. 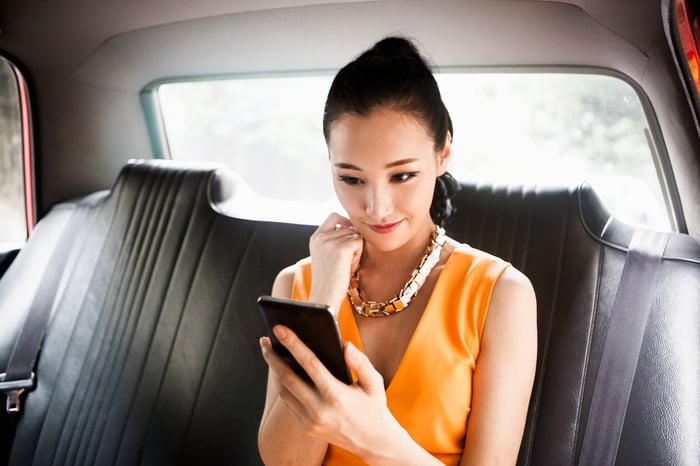 In a research note to investors, Credit Suisse (CS 1.56%) analyst Stephen Ju wrote that Farfetch is likely to turn in strong fourth-quarter earnings numbers when it reports on Thursday. He also believes the first six months of 2021 will be one of superlatives, but the real opportunity for the platform comes from its integration into Alibaba's Luxury Pavilion.

Launched in 2017 on Tmall, Alibaba's business-to-consumer (B2C) shopping site, the Luxury Pavilion is an invitation-only platform offering products that include not only clothes and skincare, but also fashion accessories like watches, and luxury cars. Upscale retailers such as Burberry, Hugo Boss, and Maserati are featured.

Ju forecasts Farfetch will end the fourth quarter with 3 million active shoppers on its platform, but believes it can multiply that tenfold over the next five years. The analyst also raised his price target on the stock to $85 per share from $53. Farfetch closed on Monday at just under $68, indicating there is still 25% upside to its stock.

Ju maintained an outperform rating on the growth stock's shares.

Is Farfetch Stock a Buy?

Why Farfetch Is a Top Global E-Commerce Stock