Walt Disney (DIS -0.70%) announced today the launch date for its upcoming Disney+ streaming series, Loki, in a Tweet informing viewers the newest superhero show will start appearing on screens on June 11. The show is described as a "crime thriller" focusing on Loki, Marvel Studios' smarmy god of mischief from the company's rendering of Norse mythology.

The show will be the second major Disney+ offering from Marvel Studios following the highly popular WandaVision, a sort of superhero sitcom. Nielsen research indicates WandaVision has attracted huge numbers of viewers, becoming one of its top-10 most watched streaming shows, Variety reports. The two opening episodes came in sixth with 434 million minutes of streaming by viewers in the week of Jan. 11 to Jan. 17, 2021, well ahead of the Disney+ show The Mandalorian, another popular show set in the Star Wars universe, whose sixteen episodes racked up 339 million minutes of streaming during the same week. 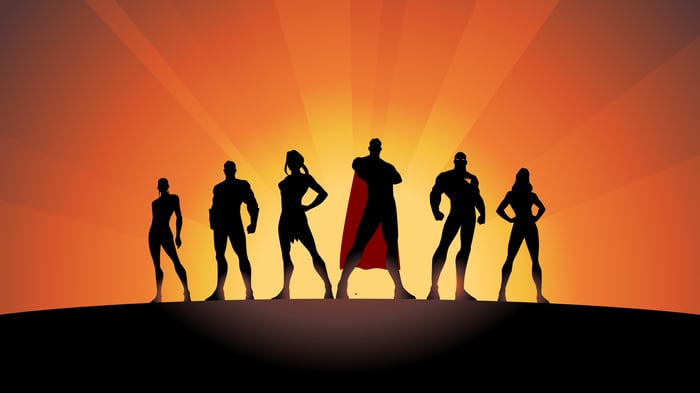 The June 11 release date puts the streaming show's first episode approximately one month after the May 9 theatrical roll-out of Marvel Studios' superhero movie Black Widow.  Described as an "action packed spy thriller," the film's release could potentially whet the public's appetite for more Marvel Universe superhero/thriller viewing of the type offered by Loki.

Disney+ has become one of the main engines of Disney's success over the past year, climbing to 100 million subscribers. The popularity of the streaming service has enabled "The Mouse" to boost its share value to new heights regardless of the fact that its revenue has been slammed by COVID-19 theme-park closures, dropping 22% year over year in the most recent quarter.