Please ensure Javascript is enabled for purposes of website accessibility
Log In Help Join The Motley Fool
Free Article Join Over 1 Million Premium Members And Get More In-Depth Stock Guidance and Research
By Keith Speights - Feb 25, 2021 at 11:34AM

Shares of Guardant Health (GH 5.81%) were sinking 7.2% as of 11:08 a.m. EST on Thursday. The decline came after the company reported its fourth-quarter results following the market close on Wednesday.

Guardant Health announced Q4 revenue of $78.3 million, up 25% year over year and higher than the average analyst estimate of $76.7 million. However, the company's Q4 net loss of $93.7 million, or $0.94 per share, reflected deterioration from the prior-year period and was worse than the Wall Street consensus net loss of $0.57 per share. 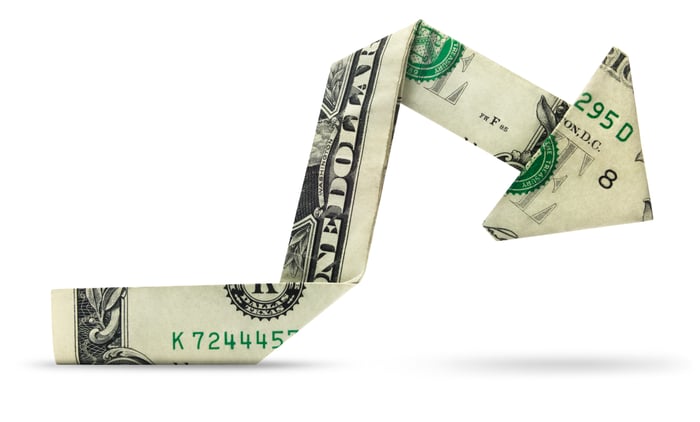 It's not unusual for growth stocks like Guardant Health to fall quite a bit after missing a quarterly earnings estimate. The company's valuation depends on investors' perceptions of its growth prospects. Failing to meet analysts' expectations negatively impacts those perceptions.

However, it's best not to focus too much on underperformance in one quarter. The most important takeaway from Guardant Health's Q4 update is that its liquid biopsy products continue to enjoy strong demand.

It's true, though, that the company expects its growth rate to slow. Guardant Health projects full-year 2021 revenue of between $360 million and $370 million. That range reflects year-over-year growth of 26% to 29%, below the 34% revenue increase delivered in 2020.

Investors will want to keep their eyes on Guardant Health's launch of Guardant Reveal. It's the first blood-only liquid biopsy test for residual disease and recurrence monitoring of early-stage colorectal cancer and has a seven-day turnaround time. The company also expects to launch its tissue-based comprehensive genomic profiling assay later this year.