The company announced delays of several clinical studies, with one analyst also predicting slower growth ahead.

Shares of NovoCure (NVCR 7.08%) were sinking 12.5% lower as of 3 p.m. EST on Thursday. The decline came after the company delayed several clinical studies and Evercore ISI analyst Vijay Kumar wrote to clients that NovoCure's growth is set to taper off.

Kumar's gloomy prediction came after NovoCure announced its fourth-quarter results before the market open on Thursday.

The company reported revenue of $144 million, up 45% year over year and higher than the average analyst estimate of $141.3 million. NovoCure generated earnings in Q4 of $4.9 million, or $0.05 per share. Although this was better than earnings of $4.3 million, or $0.04 per share, posted in the prior-year period, it fell short of the consensus Wall Street earnings estimate of $0.12 per share. 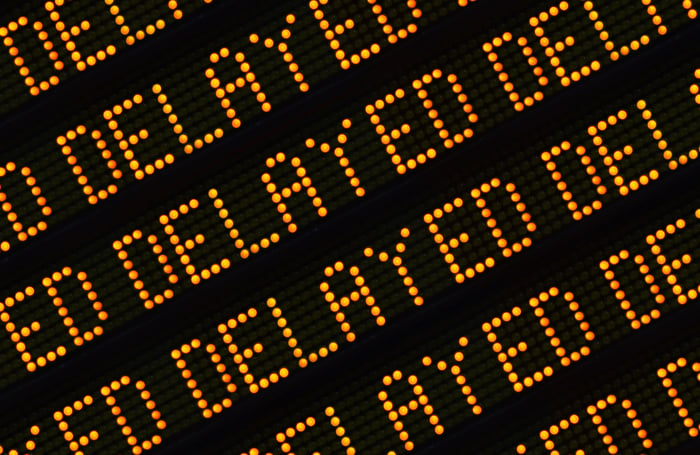 NovoCure also announced that it's delaying a phase 2 study of its Tumor Treating Fields technology -- which uses electric fields to disrupt tumor growth, targeting liver cancer -- until the second quarter of 2021. A phase 2 test targeting stomach cancer and an interim analysis of a late-stage study targeting pancreatic cancer were pushed back until 2022.

Kumar's view that NovoCure's growth will slow, however, wasn't related to these delays. He pointed out to clients that the stock's gains in recent months were driven in large part by a sales backlog with Medicare patients. Now that that backlog has been largely worked down, NovoCure likely won't be able to add enough new patients to keep its strong growth rate going.

Growth stocks like NovoCure rely on everything going right to justify their premium valuations. When there are bumps in the road, share prices will fall as they did with NovoCure today.

NovoCure could have several potential catalysts on the way. The company expects to report final data from its phase 2 study in advanced liver cancer in the second quarter of this year. An interim analysis of a late-stage study in recurrent ovarian cancer should be on the way in the third quarter of 2021, with another late-stage interim analysis in non-small cell lung cancer anticipated in Q4 2021.