Please ensure Javascript is enabled for purposes of website accessibility
Log In Help Join The Motley Fool
Free Article Join Over 1 Million Premium Members And Get More In-Depth Stock Guidance and Research
By Lou Whiteman - Updated Feb 26, 2021 at 10:33AM

The company spent more than $24 million in legal fees related to short-seller allegations in 2020.

An internal review conducted by electric truck start-up Nikola (NKLA -1.06%) identified a number of inaccurate claims made by its founder and former chairman Trevor Milton, who left the company in September under a cloud of controversy.

In its annual report filed with the Securities and Exchange Commission, Nikola listed nine comments made by Milton from July 2016 through July 2020 that it found to be "inaccurate in whole or in part." The claims include Milton's statements that the company owned rights to natural gas wells, that its prototype truck was fully functional, and that it had trucks "coming off the assembly line" in July 2020. 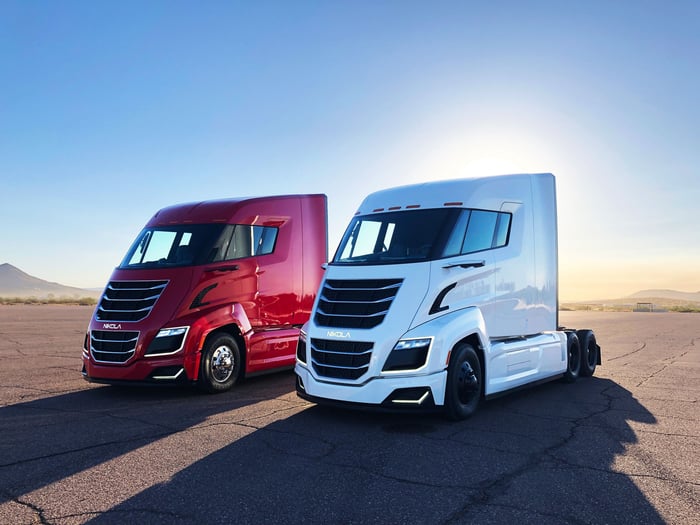 The company was an investor darling when it went public last June, but a report issued by short-seller Hindenburg Research last summer deflated much of that excitement. Milton and Nikola initially denied much of what was in the Hindenburg report, but the founder left the company in September as federal inquiries about the business intensified.

To date, Nikola has paid $8.1 million in attorney fees for Milton as part of an agreement between the two parties, part of its $27.5 million in total 2020 legal expenses. About $24.7 million of that was spent addressing issues related to the Hindenburg report, according to the company.

Under new leadership, Nikola continues to push forward with its business, but warned in the filing that it expects to deliver only between 50 and 100 trucks in 2021 due to pandemic-related supply chain issues.