Please ensure Javascript is enabled for purposes of website accessibility
Log In Help Join The Motley Fool
Free Article Join Over 1 Million Premium Members And Get More In-Depth Stock Guidance and Research
By Courtney Carlsen - Feb 27, 2021 at 7:38AM

The bank posted record net income in its most recent earnings period. Here are five things we learned about the bank from its report.

Axos Financial (AX -0.09%) reported record net income for the second quarter of its fiscal 2021. America's original internet bank saw its income grow to $13.5 million in the quarter thanks to continuing tailwinds from historically low interest rates. Here the five of the biggest takeaways from Axos' recent financial release.

Axos' net interest income after its provision for credit losses grew $22.1 million for the quarter ending Dec. 31, up 21% from the same period in 2019. This growth was in large part to a $10.4 million increase in income from loans and leases, driven by strong loan originations in the real estate sector, including single-family, multifamily, and commercial real estate.

Axos saw a 35% growth in noninterest income in Q2 compared to the same period last year, bringing its total noninterest income to $7.5 million. This growth was driven largely by mortgage banking income, which grew 379% from last year, to $8.4 million. The strong performance of the mortgage banking group was also boosted by low interest rates, which continues to spur demand in mortgage purchases and mortgage refinancings. 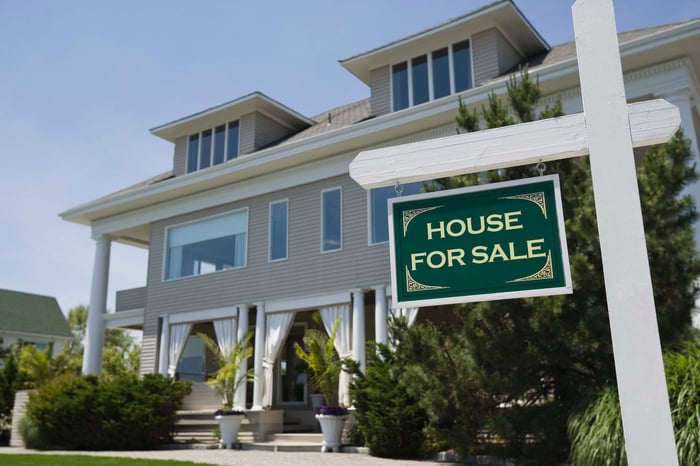 Axos management noted that there has been a robust demand for agency mortgages, boosting the company's mortgage warehouse lending activity -- which is where the bank provides short-term lines of credit to other mortgage originators so they can fund loans. Mortgage warehouse lending has become a growing part of Axos' loans and leases in the past year, growing 174% from last year, from $432 million as of Dec. 31, 2019, to nearly $1.2 billion in the most recent quarter.

The increase in mortgage warehouse lending came as other competitors pulled back, with Axos providing financing for its customers, agency mortgages, and government-backed mortgages. Single-family warehouse lending now accounts for 10% of its loans and leases, with jumbo mortgages still making up the bulk of it at 34.6% and multifamily mortgages accounting for another 16.4%.

4. Continued strength on key metrics versus its peers

One of Axos' biggest strengths is its impressive measurements on key metrics versus its peers. The bank posted a return on average assets -- its net income divided by total assets -- of 1.6% during the period, compared to 1.2% for its peers. It also posted a return on equity -- net income divided by shareholders' equity -- of 17.3%, compared to 8% for its peers, and where an ROE above 10% is generally considered to be good.

Finally, the banking segment posted an efficiency ratio of 40.5%, which is excellent versus its peer average of 65.4%. This metric measures what percentage of the bank's revenues goes toward operating costs, with a lower efficiency ratio being the sign of an efficient bank. Because Axos has no physical branches and very low overhead, it has dominated this metric since its early days as the Bank of Internet USA.

Axos has seen stellar growth in its loan portfolio this past year, thanks in large part to record-low interest rates that drove increased mortgage lending activity. The bank continues to have loans in the pipeline that will contribute to loan growth in the coming months; however, much of its growth going will depend on mortgage banking volume. For 2021, the bank has more moderate growth expectations, cautioning investors not to expect the exceptional growth seen in recent quarters.

Management still believes growth can be in the high single digits to low double digits in the coming year. Despite more moderate growth expectations, Axos Financial continues to be one of the best-run and most efficient banking stocks, and remains a great stock to buy and hold for the long term.