The king of entertainment is down, but it will come back strong.

Disney (DIS -0.28%) stock has been climbing since it bottomed out last March despite the company's poor performance over the same period of time. It gained 35% during 2020 and is up 9% so far in 2021. Here are two reasons why investors are confident, and you should be, too.

Despite the overall poor performance, Disney+, the company's premium streaming site, was a monumental success during the pandemic. Launched in November 2019, the site had 95 million paid subscribers by Jan. 2. 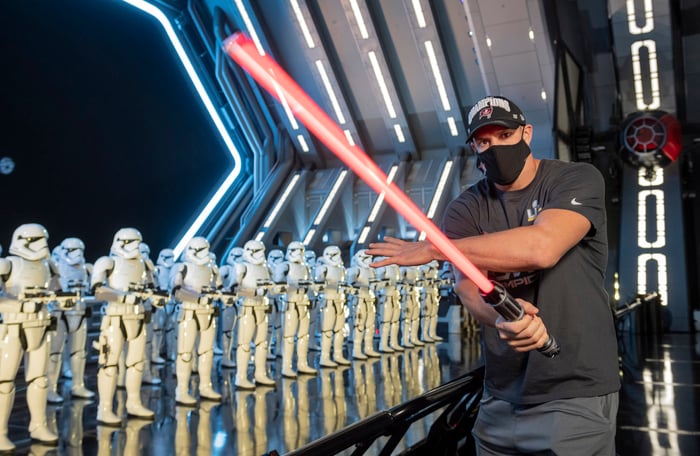 Disney also owns general content streaming site Hulu and premium sports streamer ESPN+. Altogether they have 147 million paid subscriptions at the end of its fiscal first quarter of 2021, not too far behind streaming leader Netflix's (NFLX -0.69%) 210 million. They're altogether expected to reach 300 million to 350 million subscribers by 2024, but it wouldn't be surprising to see that number get toppled. Disney+ is also expected to become profitable in 2024. In the meantime, direct-to-consumer (DTC) revenue rose 73% over the prior year in the first quarter. That wasn't enough to post an increase for the media content division, but it lifted it up to a 5% decline over Q1 2020.

Management is making the DTC business a key part of its operations. It restructured in October to form separate content creation and distribution arms to better allocate content to the right channels, considering the rapid adoption of streaming sites. It's also rolling out its global general content site under the Star brand, previously available in India and Indonesia, into several new markets this week.

If you've ever been disappointed when you couldn't find a movie you were searching for on Netflix, you're a Disney target customer. Disney has the largest media library, typically producing many of the highest-grossing films under its various studio names, including the namesake Disney, Pixar, Marvel, and 20th Century, among others. This gives it high leverage in its streaming efforts. Netflix is feeling the heat, bringing out 70 original films in 2021 to try to keep up, but Disney's content machine is unmatched.

2. Travel will come back, and Disney is poised to benefit

Disney sales plunged when parks and experiences closed, since this segment generally accounts for more than half of the total. Even in the most recent earnings report, covering the period ended Jan. 2 when some parks were open at limited capacity, parks segment sales were down 53%. 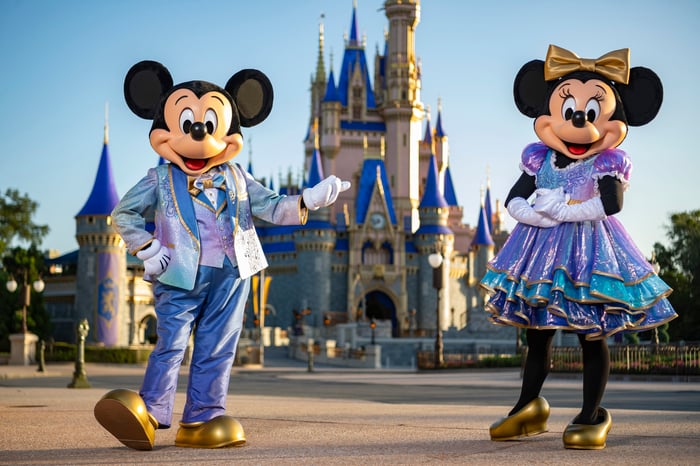 Investors shouldn't expect any meaningful improvement in the second quarter, since some parks are still closed and others are still functioning at 35% capacity. And there's still so much uncertainty about when the situation might change, which means the declines could extend for a while. (However, sales started to plummet in the 2020 third quarter, and the 2021 third quarter is bound to show year-over-year increases.)

Management did point out that attendance levels increased from the fourth quarter of 2020 to the first quarter of 2021, and the parks that are open have been able to raise levels because of strict sanitation protocols. It's confident in growth as soon as regular operations resume, and it's already investing in two new rides and a new night experience at Walt Disney World as well as new experiences in other global parks. CEO Bob Chapek said that there is "ample demand" for park reservations, and attendance is likely to soar whenever the environment becomes hospitable.

In the meantime, declines continue to improve, and investors are buying now before sales recover and the stock price rises even more.