Deliveries and sales were up dramatically during the quarter, but the bottom-line loss was steeper than expected. 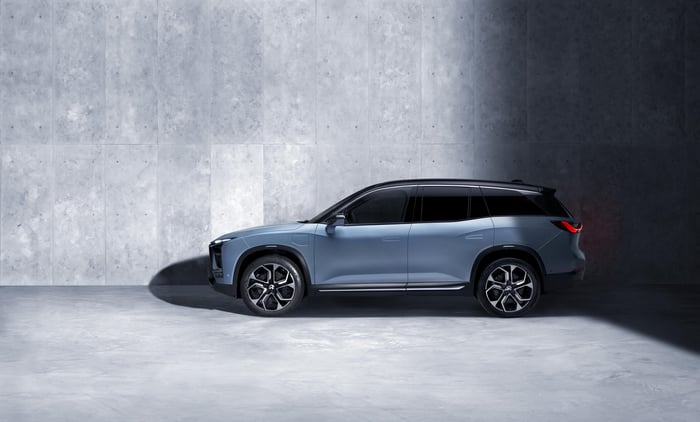 NIO's top-line figure edged past the consensus analyst estimate of the equivalent of $1.01 billion. However, those prognosticators were expecting a per-share adjusted loss of only $0.07.

The company proffered guidance for its current Q1. It believes deliveries will continue to rise, and will amount to 20,000 to 20,500 units. That would represent a far sharper year-over-year growth trajectory (at least 421%) than the Q4 showing. Consequently, a similar dynamic is expected for revenue, which NIO is forecasting will land at 7.38 billion ($1.14 billion) to 7.56 billion ($1.17 billion)

Sales for the company have lately been brisk in China, due in no small part to its government's ambition to make EVs the rule rather the exception on the country's roads.

But NIO's strong growth has raised expectations for its overall performance, and it seems that investors are taking the bottom-line miss hard. In post-market trading, the company's shares were down by more than 4%.