Please ensure Javascript is enabled for purposes of website accessibility
Log In Help Join The Motley Fool
Free Article Join Over 1 Million Premium Members And Get More In-Depth Stock Guidance and Research
By Howard Smith - Mar 2, 2021 at 10:51AM

The electric-vehicle company is getting more attention from retail investors.

Shares of electric-vehicle company Fisker (FSR 2.38%) are making up for Monday's 4% drop today as the name trends on Reddit's WallStreetBets online community. As of 10:40 a.m. EST, shares of Fisker were 12.7% higher than Monday's close.

The stock dropped yesterday after a report that the company had abandoned plans to develop a solid-state battery that it had previously said would give its vehicles a 500-mile range and a quick recharge.

But investors, or traders, are moving shares up today, as Fisker joins the list of heavily shorted stocks being discussed on the WallStreetBets forum. Fisker had about 10% of its shares held short as of mid-February, according to MarketWatch. 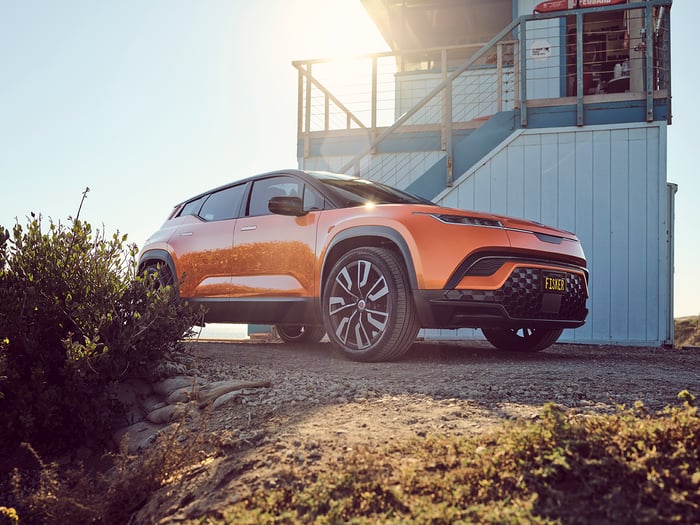 Fisker is not planning on manufacturing its own vehicles. Its all-electric Ocean SUV is scheduled to begin production in the fourth quarter of 2022. The Ocean will be a Fisker brand initially built in Europe by manufacturing partner Magna (MGA 3.75%). The Ocean will use a modified version of a Magna-developed EV platform.

The company has also recently announced a new partnership with technology company Foxconn -- also known as Hon Hai Precision (HNHPF 1.57%) -- with plans for Foxconn to manufacture up to 250,000 electric vehicles annually under the Fisker brand.

Long-term investors that believe in the technology and business plan may have good reason to own the stock, but today it seems traders, not investors, are moving it.