The company announced a proposed public offering of common stock.

After more than doubling on Monday, Morphic Holding's (MORF -2.59%) shares are taking a beating on Tuesday. As of 11:10 a.m. EST, the biopharmaceutical company's stock is down by 13.6%. There are two likely explanations for Morphic Holding's losses on the stock market today. First, it could be that some investors are choosing to cash in on their shares following yesterday's furious rally. Second, the drugmaker announced a proposed public offering of common stock.

After the close of Monday's trading session, Morphic Holding announced that it would offer $200 million of shares of its common stock in a public offering. The company also said that it would grant underwriters a 30-day option to acquire $30 million in additional shares. The drugmaker intends to use the proceeds from the transaction to fund the clinical development of its pipeline candidates. 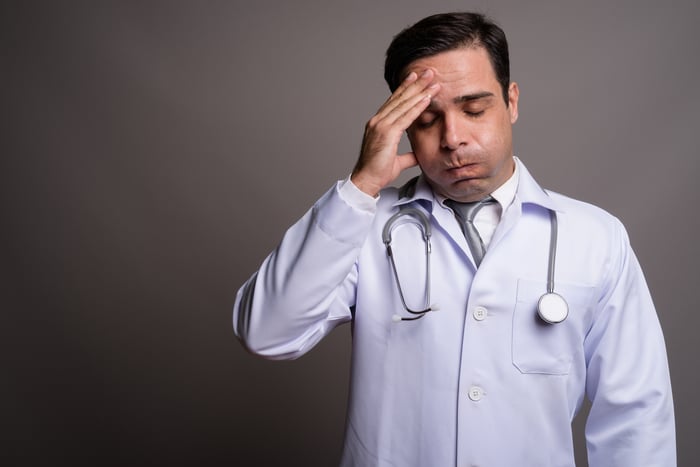 Morphic Holding has yet to release some of the important details of this transaction, including the pricing of the offer. But investors are less than thrilled at the prospect of the company diluting existing shareholders. Since shares of a company are often sold at a lower price than the market rate in a public offering, some of the drugmaker's shareholders probably thought it wise to fully profit from yesterday's gains while they could. Once the company announces the pricing of its public offering of common stock, its shares could dip even further.

Morphic Holding did announce some great news yesterday, including positive interim results from a phase 1 clinical trial and an expanded partnership with a big-name drugmaker. Following yesterday's rally, it is a smart move for the healthcare company to profit by conducting a public stock offering. But investors should keep an eye on Morphic Holding's regulatory updates, as these are much more critical to the company's future than stock offerings.

Is Morphic Holding a Buy?