Please ensure Javascript is enabled for purposes of website accessibility
Log In Help Join The Motley Fool
Free Article Join Over 1 Million Premium Members And Get More In-Depth Stock Guidance and Research
By Leo Sun - Mar 3, 2021 at 11:00AM

Bilibili's (BILI 1.05%) stock recently dipped after it posted its fourth-quarter earnings, even though its report easily beat analysts' expectations. The Chinese gaming and digital media company's revenue jumped 91% year over year to 3.84 billion yuan ($588.5 million), accelerating from its 74% growth in the third quarter and beating estimates by $28.8 million.

Its adjusted net loss deepened from 336.9 million yuan to 681.9 million yuan ($104.5 million), but its loss of $0.29 per ADS still topped expectations by a nickel. It expects its revenue to rise 60%-64% year over year in the first quarter, and analysts anticipate 55% revenue growth for the full year.

Those growth rates are impressive, but investors seemed eager to take profits after the stock price rallied nearly 400% over the past 12 months. Concerns about Bilibili's ongoing losses, the market's ongoing rotation from growth to value stocks, and higher interest rates likely exacerbated that sell-off. Those concerns are valid, but I believe investors should buy the dip, for four reasons. 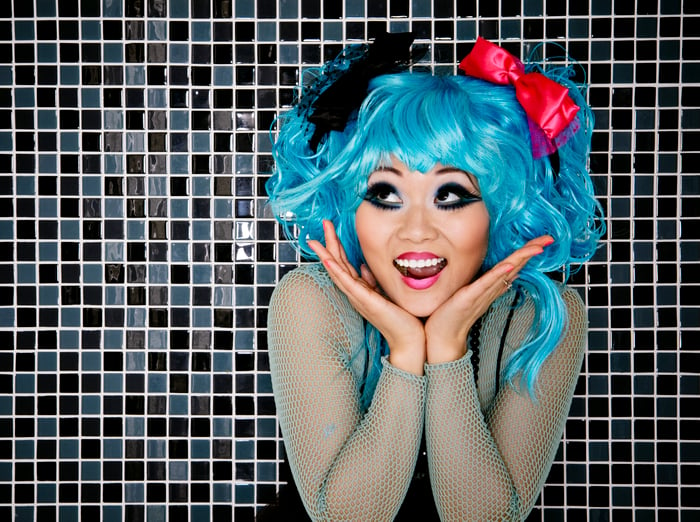 Bilibili provides mobile games, streaming video, and other ACG (anime, comics, and gaming) content for China's Gen Z users. It ended the fourth quarter with 202 million monthly active users, up 55% from a year ago. Its daily active users increased 42% to 54 million, and its number of monthly paying users more than doubled to 17.9 million.

It also lets free users become "official" members by passing a 100-question exam on ACG content to prove their fandom. Its total number of official members, which are often easier to convert to paid ones, rose 51% year over year to 103 million in the fourth quarter.

This sticky ecosystem makes Bilibili one of the few Chinese tech companies that can keep pace with ByteDance, the parent company of Douyin (known as TikTok overseas) and the popular news app Jinri Toutiao, in the Gen Z market. That's why Tencent (TCEHY -0.34%) and Alibaba (BABA -0.90%), which both consider ByteDance to be a major competitor, own significant stakes in Bilibili.

2. Firing on all cylinders

Bilibili generated 40% of its revenue from its mobile gaming business in 2020. Another 32% came from its value-added services business, which mainly includes virtual gifts and subscriptions for its media platforms, 15% came from ads, and the remaining 13% mainly came from its e-commerce marketplace, which mainly sells tie-in products for its ACG content with the help of Alibaba's Taobao. All four businesses generated impressive growth in 2020:

The growth of its advertising business accelerated for the seventh straight quarter, which was supported by robust ad sales to the gaming, food and beverage, e-commerce, cosmetics, and consumer electronics markets.

The growth of Bilibili's e-commerce business decelerated in 2020, but the business is still growing at a faster rate than many larger stand-alone online marketplaces in China.

Bilibili's widening losses are alarming, but they're mainly caused by its high operating expenses -- especially the rising costs of promoting its platform -- rather than pressure on its gross margins.

In fact, Bilibili's gross margin actually rose from 17.6% in 2019 to 23.7% in 2020. Therefore, once Bilibili starts to rein in its operating expenses, its losses could finally narrow and open up a path toward generating long-term profits.

4. The stock isn't that expensive

Bilibili's stock had a great run in 2020, but it still trades at 15 times this year's sales and 11 times next year's sales. Those price-to-sales ratios aren't low, Bilibili is still cheaper than many other high-growth tech stocks in this frothy market.

Bilibili's stock could remain volatile for the foreseeable future, but I believe its reasonable valuation, high growth rates, and rising gross margins will all support its continued growth over the next few years.