Please ensure Javascript is enabled for purposes of website accessibility
Log In Help Join The Motley Fool
Free Article Join Over 1 Million Premium Members And Get More In-Depth Stock Guidance and Research
By Ryan Henderson - Mar 3, 2021 at 10:13AM

Why one small part of this gaming conglomerate could make a huge difference.

Of the three gaming companies under the Activision Blizzard (ATVI 1.90%) umbrella, Blizzard Entertainment is home to the most fanatic gamers. For more than 30 years, Blizzard has produced hit franchises like World of Warcraft, Overwatch, and Diablo for millions of fans around the world. But with fanatical customers comes increased scrutiny, and fans are beginning to show some displeasure as of late. Let's see why.

What's been happening with Blizzard?

One of the most popular Blizzard franchises of all time is Diablo, which was first introduced in 1997 and has produced several iterations of dark, immersive gameplay. However, the latest Diablo game, aside from a mobile iteration, was released all the way back in 2012. Since management felt the pressure mounting to release a new title, Diablo's mobile version, Diablo Immortal, was introduced at BlizzCon 2018. Fans were not happy as a release designed purely for mobile seemed underwhelming and overhyped. With backlash galore from Diablo diehards, it was evident changes were needed at Activision, and shortly following the event change came.

About six months after the underwhelming release of Diablo Immortal, co-founder and longtime head of Blizzard Entertainment Mike Morhaime parted ways with Activision Blizzard as his role as a strategic advisor came to an end. Rumors have pointed to a possible falling out with Activision Blizzard CEO Bobby Kotick. Blizzard has never been a company to release games too early and fans seemed to feel that Diablo Immortal was rushed -- something Morhaime may have taken personally. Prior to his departure, Activision Blizzard also took steps to reduce its workforce by about 8%, saying the company was shifting its focus and planning to invest in its existing franchises. Blizzard was clearly attempting to rebuild its image with fans. 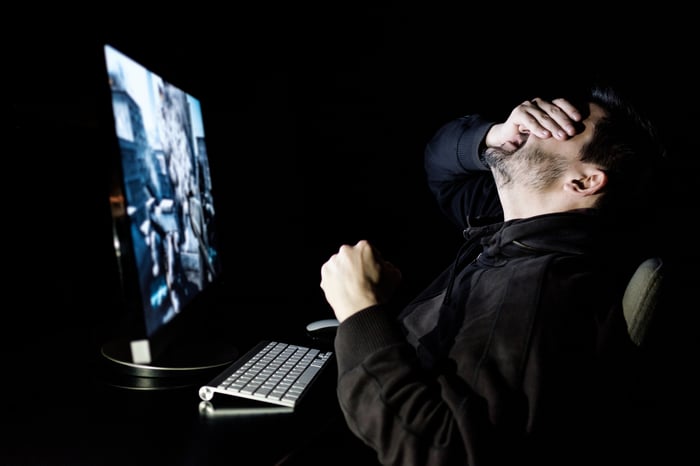 Why is Blizzard so important?

There's a particularly important reason to please the Blizzard fan base above others. In 2020, Blizzard Entertainment franchises touted almost 31 million monthly active users in aggregate. That's an impressive amount, but it's far less than Activision Blizzard's two other gaming companies, Activision (117 million) and King (258 million). Yet despite a much smaller set of users, Blizzard doesn't lag too far behind in revenue. Here's how the numbers stack up.

Blizzard Entertainment is able to generate revenue in two ways: through sales of games and when users spend money within the games. In 2020, this combination generated $1.9 billion in revenue or $62 in revenue per monthly active user.  That's roughly double the average revenue per user (ARPU) of Activision and more than seven times the ARPU of King. In other words, the gamers attributed to Blizzard Entertainment titles are more willing to spend money than any of Activision's other user bases.

But even with a user base so eager to spend money, Blizzard has failed to truly capitalize on it. At the most recent Blizzcon, management made no mention of a release date for the heavily anticipated Diablo 4, which sent the stock down on Feb. 19. While Blizzard is still seeing some strength in its World of Warcraft and Overwatch brands, in total Blizzard has lost more than 25% of its fanbase over the last three years.

What does the future look like for Activision Blizzard?

Activision Blizzard is still predominantly carried by the incredibly popular Call of Duty franchise, which is an Activision game. In 2020, the Activision segment reported almost as much in revenue as King and Blizzard combined. According to Activision's most recent investor presentation, revenue derived from the Call of Duty franchise nearly doubled year over year. While the success of Call of Duty has helped boost the financials of the company as a whole, Activision will be much better off if it can regain the Blizzard users it lost.

Despite the falling user numbers, Blizzard still boasts a 36% operating margin and ARPU continues to tick up. The key to reengaging its valuable audience rests on the Diablo franchise and Blizzard knows it. Even though Blizzard failed to announce anything material in regards to Diablo 4, it did produce a remake of Diablo 2 set to release this year. This should help maintain engagement while Diablo 4 is still in development.

A slowly eroding Blizzard brand leaves a lot of revenue, and in turn operating income, on the table. A proper reignition of Blizzard's fanbase wouldn't just be positive for the financials, but would also instill shareholder confidence in Activision Blizzard's management.