Please ensure Javascript is enabled for purposes of website accessibility
Log In Help Join The Motley Fool
Free Article Join Over 1 Million Premium Members And Get More In-Depth Stock Guidance and Research
By Will Ebiefung - Mar 3, 2021 at 12:05PM

The video game retailer is soaring again, but investors must tread cautiously before buying into the latest round of hype.

Once again, retail investors are flooding into GameStop(GME 9.35%), sending shares of the embattled video game retailer soaring almost 200% in just over a week. Is the rally part of another Reddit-driven pump-and-dump scheme, or will this time be different? Let's dig deeper to find out if GameStop's fundamentals justify these massive gains.

In late January, retail investors coordinated on social media to drive up the share price of heavily-shorted companies in order to trigger short squeezes. The strategy worked initially, sending stocks like GameStop, AMC Entertainment, and BlackBerry sky high before they quickly fell back down to earth. 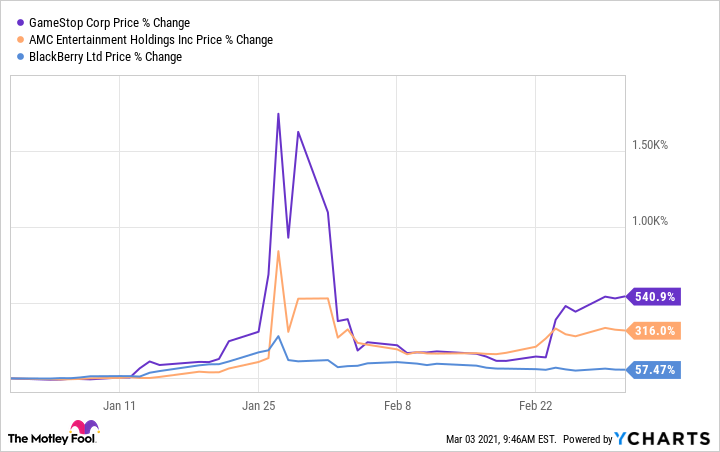 Now, GameStop is rising again. The exact cause of this rally is unclear, though research suggests social media bots may be involved. But the move coincides with the departure of CFO Jim Bell, who was likely forced out to facilitate the company's pivot to e-commerce. According to a Feb. 23 press release, GameStop is searching for a new CFO with the capabilities and qualifications to accelerate its transformation.

Can e-commerce save GameStop?

It's no secret that GameStop's brick-and-mortar business model is outdated. Digital downloads have eroded the video game resale market, and revenue tumbled another 30% year over year to $1.0 billion in the fiscal third quarter. But e-commerce is helping the retailer pick up some of the slack. On Jan. 11, the company released a holiday sales update covering the nine weeks ended Jan. 2. During this period, online sales soared 309% to make up one-third of the $1.8 billion in total sales.

GameStop is building upon this momentum by streamlining operations -- reducing selling, general, and administrative (SG&A) costs by over $315 million through the first three quarters of fiscal 2020 and slashing its store base 11% to eliminate underperforming locations. The cost cutting and fast-growing e-commerce business suggest GameStop is making progress in its turnaround. But while investors can be cautiously optimistic about this stock, the valuation is also a real concern. 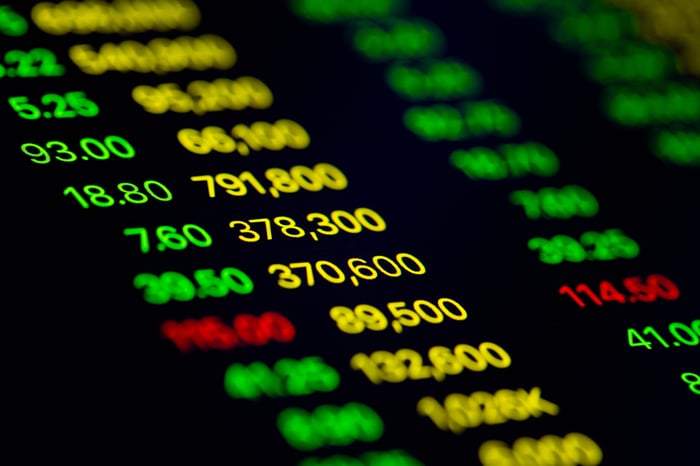 Analysts expect GameStop to turn a profit of $1.12 per share in fiscal 2023, according to The New York Times. With a stock price of $118 as of this writing, shares trade at 105 times that earnings estimate -- a significant premium to the S&P 500's forward price-to-earnings (P/E) ratio of 22. Investors should ask themselves if a struggling video game retailer like GameStop deserves a higher valuation than established companies with a track record of growth and leadership in the e-commerce space. For comparison, Amazon trades at a forward P/E of 65, and it more than doubled its earnings in the most recent quarter.

GameStop is not a buy

GameStop stock isn't worthless. The company's online business may eventually grow large enough to replace its struggling brick-and-mortar operations and deliver profits to investors, but it is far from reaching that point. And with its valuation rather separate from the difficult reality the company still faces, the recent rally will likely end the same way the previous one did -- with a painful crash. Investors willing to adopt a long-term mindset for this business should wait until the hype dies down before taking a position. Otherwise, avoid the stock entirely.