Please ensure Javascript is enabled for purposes of website accessibility
Log In Help Join The Motley Fool
Free Article Join Over 1 Million Premium Members And Get More In-Depth Stock Guidance and Research
By Keith Speights - Mar 3, 2021 at 6:08AM

There are a few things to consider first.

The clock is ticking on the completion of the biggest marijuana merger ever. Aphria (APHA) and Tilray (TLRY) expect to close their planned merger in the second quarter of this year.

Both cannabis stocks have been big winners so far in 2021 in anticipation of the combination of the two companies. Aphria's shares are up over 170%, while Tilray stock has more than tripled year to date. But should you buy Tilray before the Aphria merger? 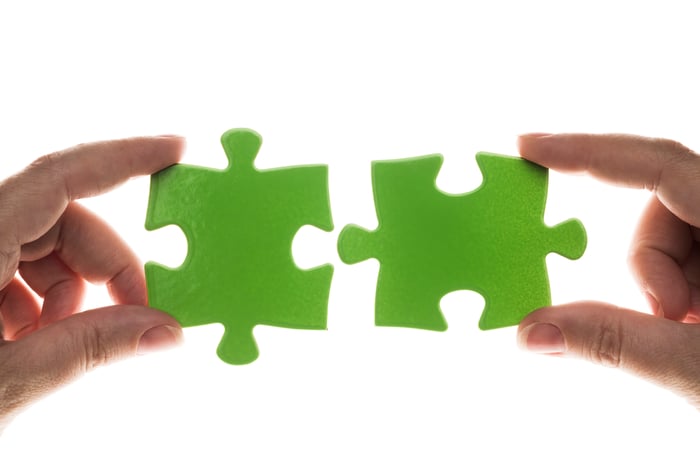 There's basically only one reason why investors should consider buying Tilray stock: They expect it to move higher. Is that a reasonable expectation after the huge gains already generated in recent months? Maybe.

It's not hard to identify things to like with the Aphria-Tilray merger. The companies' strengths in the Canadian cannabis market complement each other. Aphria brings a stronger financial position to the table, thanks in large part to its CC Pharma distribution business in Germany. The cannabis producers think that they'll be able to achieve synergies of around 100 million in Canadian dollars (roughly $79 million).

The "new" Tilray after the merger will claim the No. 1 market share in the Canadian retail cannabis market. It will be a major player in Europe, with Aphria's existing position in Germany and Tilray's Portugal operations. The company will also have a foothold in the U.S. with Aphria's acquisition of SweetWater Brewing and Tilray's Manitoba Harvest hemp foods business.

All of this could give the combined company tremendous momentum. Assuming that happens, buying Tilray now makes sense.

Taking the opposite move

However, if you're optimistic about how the merger of Aphria and Tilray positions the resulting company, there's an even smarter move to make. Instead of buying Tilray, buy Aphria.

While the company will be named Tilray following the close of the transaction, Aphria is clearly in the driver's seat. Current Aphria chairman and CEO Irwin Simon will serve in the same roles with the "new" Tilray. Aphria will hold seven of the nine board seats.

In my opinion, buying Tilray stock right now isn't a great idea. The arbitrage opportunity is one reason why. However, I think there's an even bigger reason.

Unlike playing baseball, investing in marijuana stocks doesn't require you to swing at pitches or face the risk of striking out. You can wait for the best pitch. With this analogy in mind, I think that there are simply better pitches to swing at than the Tilray curveball.

In particular, my view is that there are several U.S. cannabis stocks, in particular, that are more attractive than Tilray (and Aphria, for that matter). The clock might be ticking on the upcoming merger between Aphria and Tilray, but investors don't have to rush into buying either stock when others are even better.