Please ensure Javascript is enabled for purposes of website accessibility
Log In Help Join The Motley Fool
Free Article Join Over 1 Million Premium Members And Get More In-Depth Stock Guidance and Research
By John Ballard - Mar 3, 2021 at 8:45AM

Customers are getting more than they bargained for with fitness equipment these days.

Demand for Peloton Interactive's (PTON 4.39%) connected fitness products has been through the roof over the last year, which fueled a rocketing stock price.

The pandemic brought a lot of new customers to Peloton, but there are two important factors driving Peloton's growth that are getting overlooked.

It's more than just an exercise bike

Part of Peloton's growth strategy is to rely on word-of-mouth marketing. With subscriber churn continuing to remain low at a 12-month retention rate of 92%, Peloton is building an army of loyal members who love their experience and are communicating that to friends. One thing that is keeping members engaged with their Peloton bike is the exclusive content available on these products. 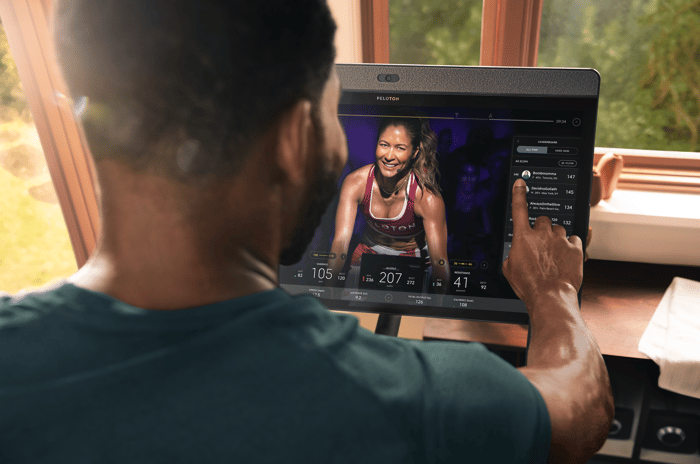 Peloton offers a large library of over 2 million licensed songs on its platform, and it's working as intended. In its annual report, the company states that members consistently rank the music as one of their favorite things about the Peloton experience.

Peloton's competitors are following a similar strategy to make exercise more fun at home. For example, Nautilus, the maker of Bowflex and Schwinn exercise equipment, allows its users on its JRNY digital platform to access a range of entertainment services, including Netflix, on their workout machines.

Peloton recently partnered with the Elvis Presley estate and Sony Music to produce three original remixes of Elvis songs. These songs were exclusive to Peloton's platform.

It's certainly more than just an exercise bike. Peloton is starting to build a robust music discovery platform with features similar to standalone music streaming services. For example, Peloton uses data, such as what type of music members like, to curate playlists for each user.

During last quarter's earnings call, CEO John Foley said, "World-class content and music teams have a robust content pipeline over the next several quarters to further delight our member base." The company believes these efforts will strengthen its competitive advantage over other fitness brands.

Another way Peloton is distinguishing itself from competitors is by offering exclusive workout classes with celebrities and professional athletes. It certainly makes for a great time to be exercising at home with so many competitors investing in content.

Recently, ICON Health and Fitness, the maker of NordicTrack, launched a new cycling series on its iFit digital platform featuring former U.S. professional cyclist George Hincapie, who raced as a teammate of Lance Armstrong in the Tour de France.

Apple is getting in the game too. It launched the Fitness+ service at the end of 2020, which included the Time to Walk series. This exercise program features several celebrities, including Dolly Parton and NBA star Draymond Green. 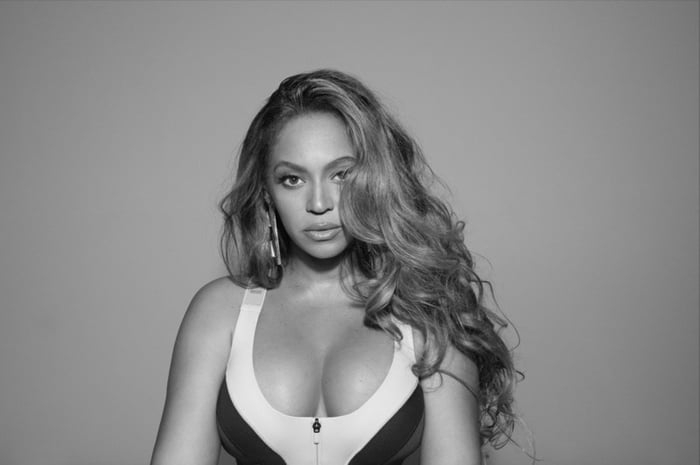 However, Peloton might have hit the jackpot with its multi-year partnership with Beyonce. The pop star, who has been a Peloton user for several years, recently made a special workout series that drove over 1 million workouts during Peloton's fiscal second quarter.

Word-of-mouth marketing should be fully revved up by now, given Beyonce's massive popularity on social media, with a staggering 166 million followers on Facebook's Instagram. It's not surprising that Peloton reported that the Beyonce-themed classes created the largest live audience to date for its yoga and bike boot camp.

Exclusive music and workout classes could further separate the Peloton brand from competitors. This will become more important in the long run, as Peloton looks to make its platform available to hotels and other gym locations following the Precor acquisition. Peloton certainly has momentum on its side, with connected fitness subscriptions surging 134% year over year in the last quarter, bringing total members, including sign-ups on the mobile app, to 4.4 million.

Investors should expect more content creation and collaborations in the future, given Peloton's improving profitability, which will give management more resources to work with. Management's goal is to reach as many as 100 million new members over time, which could fuel this growth stock for many years.