Please ensure Javascript is enabled for purposes of website accessibility
Log In Help Join The Motley Fool
Free Article Join Over 1 Million Premium Members And Get More In-Depth Stock Guidance and Research
By Howard Smith - Updated Mar 4, 2021 at 9:08AM

The company has said it will devote $27 billion to vehicle electrification through 2025.

General Motors (GM -3.90%) is working on selecting a site for a second battery factory in the U.S., according to a Wall Street Journal report today. Though a final decision hasn't been made, GM and South Korean joint venture partner LG Chem are close to choosing Tennessee as the location.

GM and LG Chem started construction on an initial battery cell plant in Lordstown, Ohio, last year and are hiring workers for the factory, which is expected to begin production next year. The two companies invested $2.3 billion for the Ohio factory, which will supply GM's Ultium battery cell program. The company plans to power its all-electric Cadillac Lyriq and other vehicles, including the GMC Hummer EV, with the Ultium platform. 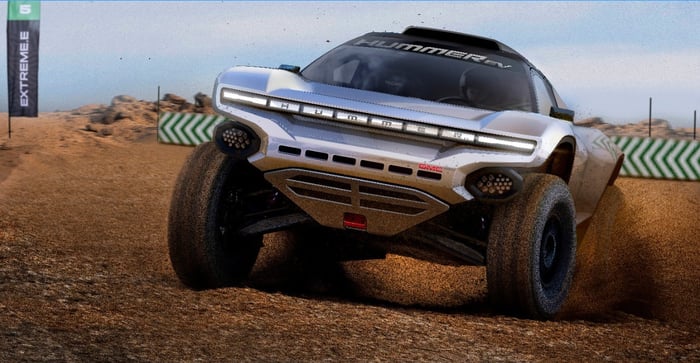 The second battery factory in Tennessee will be a comparably sized investment to the Ohio plant, according to the Journal report. GM has committed to $27 billion in electric-vehicle (EV) investments through 2025. It plans to launch 30 new EVs worldwide by the end of 2025.

GM says its Ultium platform will be capable of a range of up to 450 miles and will be used for EV models of various sizes and price levels. In its goal to become carbon neutral by 2040, GM plans to phase out gasoline- and diesel-powered light-duty vehicles, only producing electric models by 2035.