Please ensure Javascript is enabled for purposes of website accessibility
Log In Help Join The Motley Fool
Free Article Join Over 1 Million Premium Members And Get More In-Depth Stock Guidance and Research
By Adria Cimino - Mar 4, 2021 at 6:00AM

They're key as its coronavirus vaccine candidate approaches possible commercialization.

Novavax (NVAX 17.46%) reported a widening loss in the most recent quarter. And, as a clinical-stage biotech, the company doesn't generate product revenue. But I'm not surprised or worried about those facts. I'm more focused on two elements in the earnings report that could mean billions of dollars in revenue for Novavax -- as early as this year.

Of course, both of these points have to do with the company's investigational coronavirus vaccine. Novavax may be next to cross the vaccine-race finish line. The company said it plans to complete an Emergency Use Authorization (EUA) request with the U.S. Food and Drug Administration (FDA) in the second quarter. So, let's take a look at the billion-dollar elements that may transform Novavax. 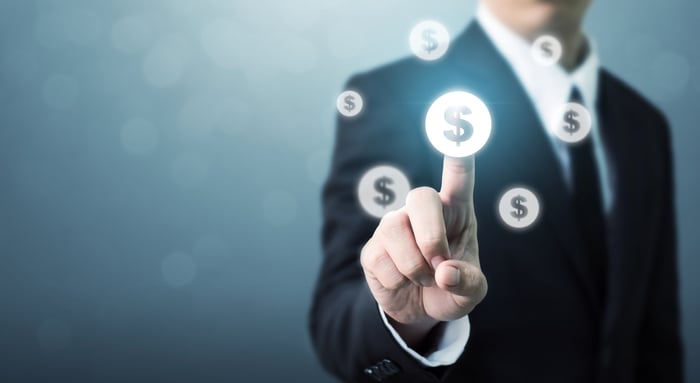 And this is just the beginning. These orders are meant to be delivered as soon as Novavax can produce and distribute the doses. That's why -- if all goes well -- we can expect the resulting revenue to start flowing in this year.

Novavax also is developing a booster targeting variants of concern, or a combined vaccine to cover these variants. The company expects to advance a candidate into clinical trials around midyear. This sort of product may offer Novavax additional revenue between rounds of regular vaccination.

It's one thing to produce a safe and efficacious vaccine. It's another thing to be able to produce it in great quantities and distribute it worldwide. A year ago, we may have doubted Novavax's abilities to handle the manufacturing. As Novavax CEO Stanley C. Erck said during the recent earnings call, the company started out 2020 with zero capacity to manufacture products.

Since then, Novavax has built its manufacturing network to span 10 countries -- including its own facilities and those of partners. As a result, Novavax expects to produce more than 2 billion vaccine doses annually as of the middle of this year. This is about the same number of doses pharma giant Pfizer and its partner BioNTech expect to produce annually. So from a capacity standpoint, Novavax is in the same league as larger, more experienced players.

That's impressive. But here's what's even better: This level of capacity represents billions of dollars in revenue because it means Novavax can accept a high number of orders worldwide -- and deliver.

Right now, we should keep our eyes on Novavax's upcoming trial data. The company recently completed enrollment in a U.S. phase 3 trial including 30,000 participants. We should expect results from that study in the spring. Novavax already reported positive data from its U.K. phase 3 trial.

Investors have been hoping the FDA would grant Novavax an EUA based on the U.K. data alone, which would bring the investigational vaccine to market sooner. I'm not expecting this to happen, since there isn't the same sense of urgency in the U.S. now as there was a few months ago. The FDA has already authorized three vaccines. And the country has purchased enough doses to cover all Americans.

But this isn't bad news for Novavax. I expect this biotech company to carve out lasting market share over the long term. So, if you're a long-term investor, there's no need to worry about the timing of a possible EUA. As long as data are strong, Novavax has the orders and capacity to generate billions of dollars in revenue. And that's great news for investors.