Shares of Invitae (NVTA -9.47%) were down 8.6% as of 3:30 p.m. EST on Thursday. This marked the second consecutive session where the stock declined. Invitae hasn't announced any news that would cause its shares to slump. Instead, the stock continued to sink because of a broader market sell-off.

Investors shouldn't be alarmed by Invitae's pullback. Growth stocks almost always fall harder than the major market indexes do during a downturn. And whether or not the bearish sentiment ends soon or goes on for a while, the important thing to focus on is Invitae's long-term business prospects. 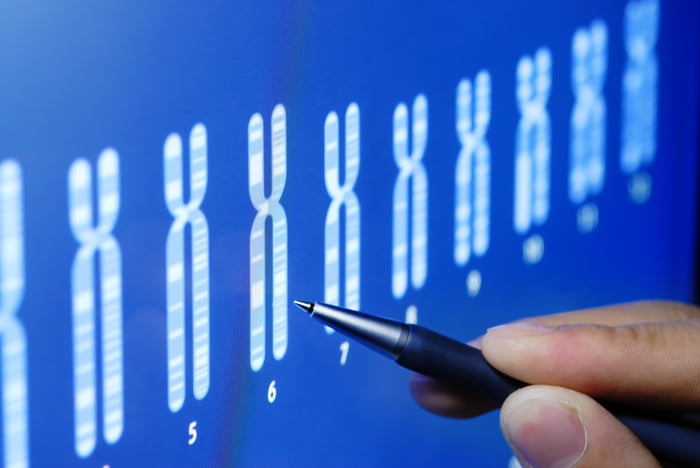 Those prospects continue to look solid. Invitae is going after a genetic testing market that tops $150 billion annually. As the costs of testing decrease and the company expands the types of tests it offers, it should be able to capture an increasing share of that market.

Invitae's acquisition of ArcherDX will factor heavily in the company's growth. It looks for revenue to increase by 50% to 60% annually over the near term. Even if the current pullback lasts longer than investors would like, that kind of growth should enable Invitae to rebound quickly.