Please ensure Javascript is enabled for purposes of website accessibility
Log In Help Join The Motley Fool
Free Article Join Over 1 Million Premium Members And Get More In-Depth Stock Guidance and Research
By Keith Speights - Mar 6, 2021 at 6:04AM

Both are highfliers with intriguing potential.

Reddit has been like rocket fuel for several stocks this year. You can certainly include Ocugen (OCGN 3.00%) and Zomedica (ZOM 0.27%) on the list. Ocugen stock is up nearly 380% year to date, while Zomedica's shares have soared more than 670%.

Such impressive past performance is great, but which of these Reddit stocks is the better pick now? Here's how Ocugen and Zomedica stack up against each other. 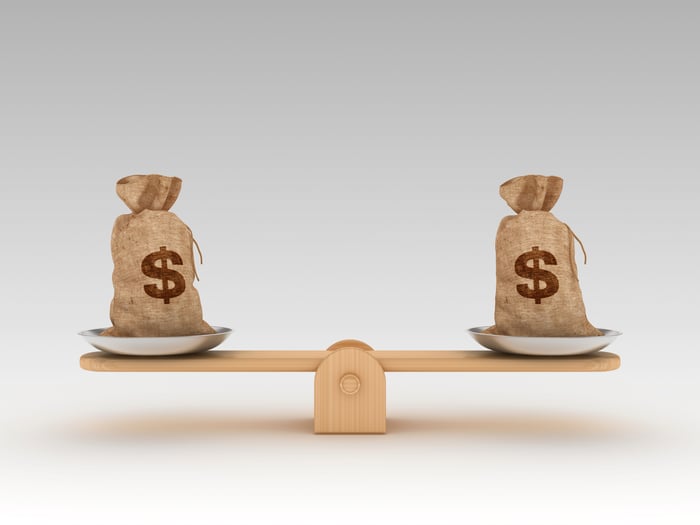 The case for Ocugen

Bharat's Covaxin is the first COVID-19 vaccine to win Emergency Use Authorization (EUA) in India. The company recently reported results from a late-stage study of the vaccine that showed 81% efficacy in preventing infection by the coronavirus that causes COVID-19.

Ocugen will co-develop and hopefully commercialize Covaxin with Bharat in the U.S. market. The companies will share any profits from the vaccine, with Ocugen receiving 45%. Ocugen could be in a position to rake in significant revenue if Covaxin wins U.S. EUA.

The two companies hope that the U.S. Food and Drug Administration (FDA) will allow EUA submission based on Bharat's data from its late-stage study conducted in India. If not, they'll work together on moving forward with a U.S. study of the vaccine.

The case for Zomedica

Zomedica is a veterinary health company at the threshold of marketing its first product. The company plans to launch Truforma, a point-of-care diagnostic platform for cats and dogs, on March 30.

The Truforma device is roughly the size of a shoebox and weighs around seven pounds. It will initially support at least three assays for testing thyroid and adrenal disease. Zomedica plans to roll out additional assays in the future.

The company will slowly introduce Truforma to the market in a limited geographic area. It wants to make sure that its distribution system is working effectively before cranking up the launch more fully. But Zomedica isn't distributing the product on its own. It teamed up with Miller Veterinary Supply, the oldest wholesaler veterinary distributor in the U.S., to bring Truforma to market.

Zomedica appears to be in solid financial shape while it waits for the launch of Truforma to shift into high gear. The huge run-up in its share price this year resulted in lots of investors exercising their warrants. This boosted Zomedica's cash stockpile by more than $40 million. The company thinks that it has enough money to fund operations at least through 2023.

Over the long run, Zomedica will have a classic razor-and-blades business model. As it builds the install base for Truforma, recurring sales of liquid reagents should increase steadily. With pet ownership on the rise, Zomedica could deliver strong growth if it executes well.

So which of these two healthcare stocks that are popular with Reddit users ranks as the better pick? It's a tough call.

Ocugen's and Zomedica's market caps are nearly identical and under $2 billion. Ocugen has a larger total addressable market with its rights to commercialize Covaxin in the U.S. However, Zomedica will begin generating revenue more quickly than Ocugen will.

I'm not convinced that the FDA will grant EUA for Covaxin based on Bharat's data from its Indian study. If it doesn't, Ocugen might not be able to market the vaccine until late 2021 and potentially even 2022. Granted, that could be overly pessimistic -- but it's nonetheless a real possibility.

My view is to follow the old adage that "a bird in the hand is worth two in the bush." Zomedica is about to have a product on the market with Truforma. It's uncertain how long it will be before Ocugen will be able to launch Covaxin. Therefore, my pick is Zomedica.

Having said that, I'm not saying that Zomedica is a great stock to buy right now. I think there are plenty of other stocks that offer even better risk-reward propositions than Zomedica does.