The Stardust will get a second lease on life as an internet gambling brand in several states.

The Stardust Resort and Casino, long a fixture of the Las Vegas Strip but closed permanently on Nov. 1, 2006, is making a ghostly internet reappearance as an online casino brand, according to a press release from Boyd Gaming Corporation (BYD 7.15%) issued this morning. Boyd is teaming up with online fantasy sports, Sportsbook, and gambling company FanDuel Group, now a subsidiary of DraftKings, Inc. (DKNG 0.78%), to relaunch the brand this April in Pennsylvania and New Jersey.

The original Stardust opened in 1958 on the Strip, changing hands several times. The Boyd family bought the Las Vegas landmark in 1985, though revenue gradually fell as the casino became outdated and small compared to newer gambling facilities around it. The casino was demolished in 2006, with its successor, Resorts World Vegas, finally scheduled to open in summer 2021. 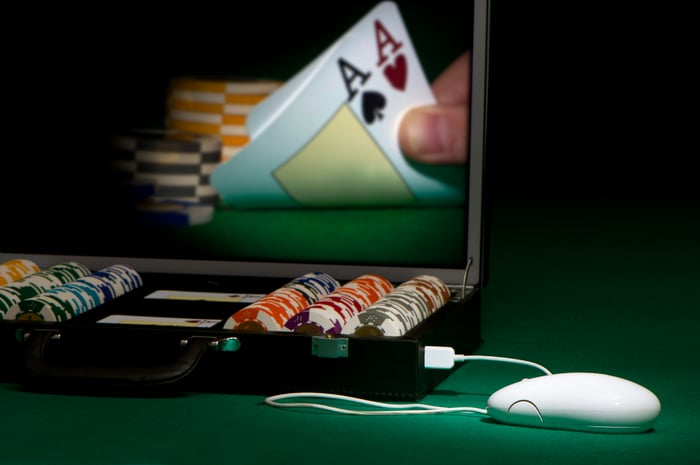 Gamblers in Pennsylvania and New Jersey will access the internet casino through the same Stardust Casino app, though each state will apparently have its own online casino infrastructure. Pennsylvania's Stardust is a new launch, while New Jersey's is a Betfair rebrand.

Both Boyd Gaming and DraftKings are trading higher this afternoon following the announcement. Wall Street appears more pleased with the partnership than it did with several of DraftKings' recent alliances, including a non-exclusive deal with mixed martial arts (MMA) organization United Fighting Championship (UFC), which cost the online sports-betting operator over $100 million.