The company's leading drug candidate failed to meet its primary endpoint in a phase 2 clinical trial.

Tech investors who are glum about the recent performances of their holdings have nothing on AnaptysBio (ANAB 2.60%). The clinical-stage biotech's shares fell off a cliff on Monday, dropping nearly 34% on very discouraging news about a clinical study.

AnaptysBio announced that its leading pipeline drug, imsidolimab, had failed to meet its primary endpoint in a phase 2 trial for the treatment of moderate to severe palmoplantar pustulosis (PPP). This is a rare autoimmune disease in which individuals experience blisters on the palms of their hands or the soles of their feet. No cure currently exists; it can only be treated. 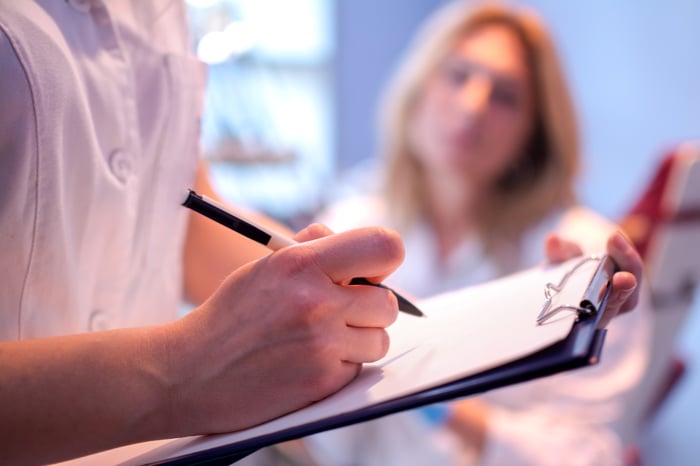 While imsidolimab was generally well-tolerated and produced no severe or adverse events in the 59-participant study, it did not sufficiently reduce the severity of the disease's symptoms. The trial was conducted at sites in both North America and Europe.

All is not lost for AnaptysBio or imsidolimab, however. The company said in the press release announcing the results that it will continue to develop the drug as a potential treatment for five other immuno-dermatological indications. Among these are acne and ichthyosis, a set of afflictions that produce dry, scaly skin.

It hurts when a biotech abandons its most promising clinical program, so Monday's AnaptysBio sell-off is entirely understandable. It will take some time for investors to regain confidence in this company.