Shares of the mobile gaming platform pulled back on a short-seller report.

Shares of Skillz (SKLZ 0.00%) were falling today after the mobile gaming platform got hit by a short-seller report from Wolfpack Research. Additionally, a broader sell-off in high-priced tech stocks also seemed to contribute to the slide today. Shares closed Monday down 10.9%. 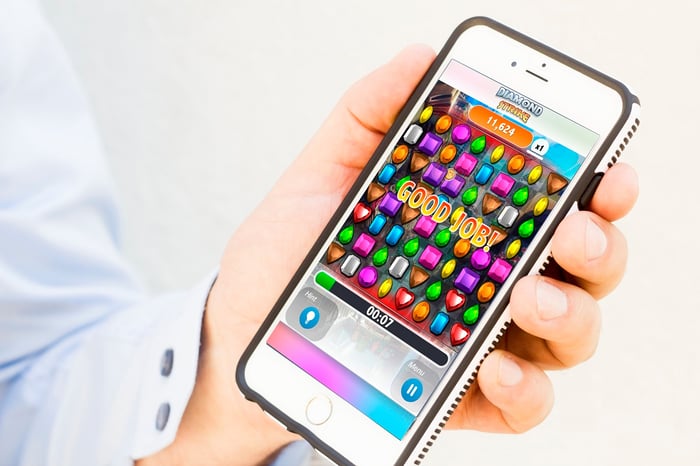 In its report, Wolfpack Research, a well-known short-seller, said that Skillz's top games are stagnant or declining, and called its revenue projections "farcical."

The short-seller said it spoke with former employees, as well as employees at Skillz's two largest developers, and looked at third-party app download data, and found that the company's revenue forecasts were unrealistic. It also implied that Skillz's first-quarter results would be significantly worse than the company has projected.

Wolfpack added that the company's highly touted partnership with the NFL was mostly fluff, and argued that its value was inflated by going public last December through a special purpose acquisition company (SPAC), a process that is less rigorous than a traditional IPO. It's now valued at $9 billion, well above the $725 million it was worth in its last funding round in 2019.

Short reports shouldn't necessarily be taken at face value as short-sellers stand to make a profit when a stock goes down, and so they are prone to exaggerate their claims. But investors should take Wolfpack's critique into account.

Skillz shares peaked a month ago shortly after the NFL partnership was announced, and have been sliding since then, a sign that investors may have already thought the stock was overvalued.

Expect the company to respond to the attack, which could help lift the stock. Later this week, it could move again when Skillz delivers its first earnings report as a publicly traded company after hours on March 10. Analysts expect revenue of $62.5 million, and a per-share loss of $0.10.