Please ensure Javascript is enabled for purposes of website accessibility
Log In Help Join The Motley Fool
Free Article Join Over 1 Million Premium Members And Get More In-Depth Stock Guidance and Research
By Will Ebiefung - Mar 9, 2021 at 6:17AM

Disney and Six Flags stand to benefit from the rapid decline in coronavirus infections in the U.S.

March is shaping up to be an exciting month for investors. COVID-19 vaccinations are ramping up, which means hope for a pandemic-weary world. Walt Disney (DIS -4.00%) and Six Flags Entertainment (SIX 2.40%) both stand to benefit from this trend. Let's explore the reasons why these stocks could make great additions to your investment portfolio.

Disney used the coronavirus pandemic as an opportunity to supercharge its streaming platform, which is evolving into a market leader because of its wealth of original content. While the company's parks and entertainment segment is still struggling, the business looks poised for a massive recovery when the pandemic finally wanes. 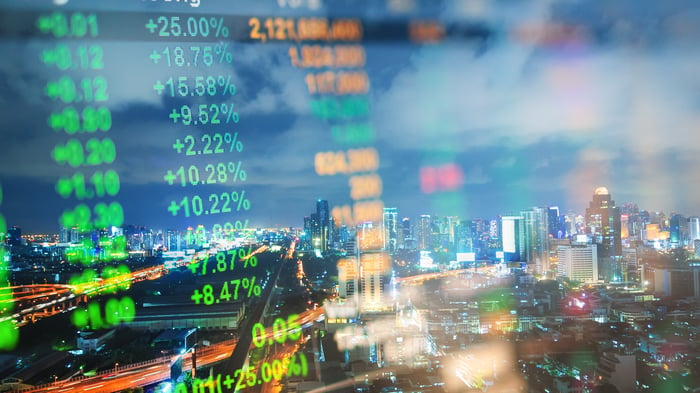 The U.S. is vaccinating over 2 million Americans per day. And according to a CNN report, the country has the potential to reach herd immunity in the coming months due to the combination of jabs and the natural defenses of previously infected people. This trend is great news for Disney because it incentivizes governments to relax restrictions and encourages consumers to return to amusement parks.

Disney's parks, experiences, and products segment fell 53% to $3.6 billion in the fiscal first quarter, but this is a significant improvement over the fourth quarter, when revenue was down 61% against the prior-year period.

Investors can expect the recovery to pick up pace as the U.S. moves closer toward herd immunity and more states relax restrictions. In February, members of the California State Assembly introduced a bill that could speed up the reopening timeline for larger venues. While the legislation is yet to be approved, it shows that state governments may be warming to the idea of getting life back to normal.

Reporting an adjusted EBITDA of $527 million in 2019, Six Flags was a cash cow before the coronavirus pandemic. Now that the crisis is easing, management is striving to return to cash flow in 2021. The company's dividend probably won't return anytime soon, but Six Flags looks capable of managing its substantial debt load, which is welcome news for investors.

Six Flags' fourth-quarter results show that the business is steadily improving. Revenue fell 58% to $109 million because of a 65% decline in attendance. But this is much better than the third quarter, when sales fell 80% against the prior-year period. According to CEO Michael Spanos, guest surveys indicate "extraordinary pent-up demand for outdoor entertainment options close to home." And the company aims to generate positive cash flow for the remainder of the year. Progress toward vaccinating more Americans makes this goal more likely.

Cash flow will help Six Flags manage its debt, which currently stands at $2.6 billion. The company plans to use future free cash flow to bring its net leverage ratio (net debt divided by adjusted EBITDA) between 3 and 4, and to consider strategic acquisitions to expand its network of parks.

Six Flags isn't profitable right now, but with a market cap of $4 billion, the stock trades at roughly 18 times 2019's net income of $220 million. This optimistic valuation suggests the market believes operating performance will eventually bounce back to previous levels. With U.S. herd immunity now on the horizon, the crowd may be right.

The U.S. appears to have reached a turning point in the coronavirus pandemic, and this offers investors an opportunity to bet on companies poised to benefit from this trend. Disney and Six Flags could deliver market-beating returns to investors because their amusement park businesses could become cash-flow positive this year.