Please ensure Javascript is enabled for purposes of website accessibility
Log In Help Join The Motley Fool
Free Article Join Over 1 Million Premium Members And Get More In-Depth Stock Guidance and Research
By Eric Volkman - Updated Mar 10, 2021 at 8:14AM

The maker of the popular video game app should make a big splash in its stock market debut.

The New York Stock Exchange (NYSE) has put a price tag on the stock of Roblox, which is set to begin trading on the exchange Wednesday morning -- $45 per share.

This reference price is basically only an educated guess of where a stock's price might land. In its announcement, the NYSE stressed that the actual opening price will be determined from buy and sell orders collected from broker-dealers. 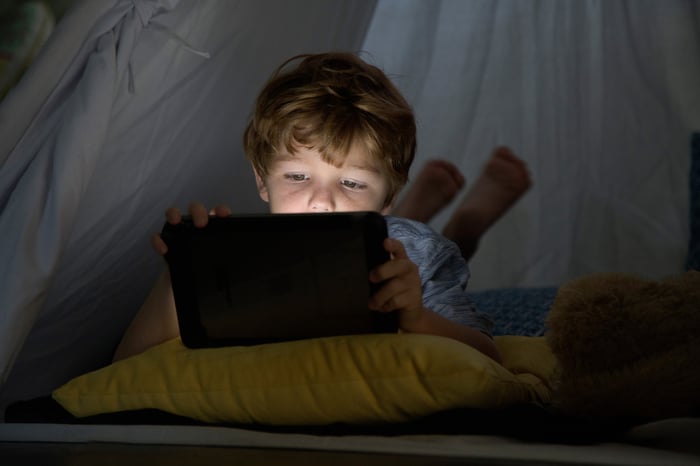 Roblox, the operator of a highly popular video game app, is going public in a direct public offering (DPO). As opposed to the more traditional initial public offering (IPO), in which newly minted shares are sold to the public through investment bank underwriters, in a DPO existing shareholders sell their stock via an exchange to investors. The company had previously planned to float an IPO but changed its strategy after a recent funding round that raised around $520 million.

Roblox is not currently profitable, although it is fast-growing. 2020 revenue was just under $924 million, representing year-over-year growth of 82%. That was on the back of a near-doubling of the company's daily active user (DAU) count, which grew to almost 32.6 million souls. Roblox's net loss, meanwhile, was almost $256 million, far deeper than the 2019 shortfall of $71 million.

The company is anticipating more growth, although not at such high rates. It believes DAUs will rise by 9% in 2021, with revenue motoring 60% higher.

Roblox is a very hot title with young gamers who have not yet reached their teen years. It has high name recognition among their parents; that, plus the company's potential growth, should make it a popular stock once it hits the exchange.