Please ensure Javascript is enabled for purposes of website accessibility
Log In Help Join The Motley Fool
Free Article Join Over 1 Million Premium Members And Get More In-Depth Stock Guidance and Research
By Keith Speights - Updated Mar 9, 2021 at 11:19AM

A rising tide is lifting all boats.

Shares of Fiverr International (FVRR -0.95%) were soaring 12.3% as of 11:07 a.m. EST on Tuesday. The company, which operates a platform that connects freelancers with buyers of digital services, didn't announce any news. Instead, the big gain for Fiverr stock stemmed from an overall rebound for the stock market.

The primary reason behind the overall market rise is the likelihood that a $1.9 trillion stimulus bill will be signed into law later this week. Good news for the U.S. economy should translate into good news for Fiverr. 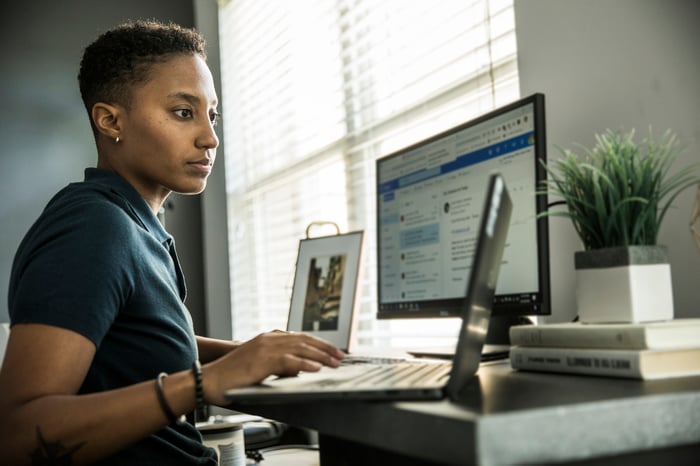 Even with today's jump, Fiverr's shares are still more than 30% below the highs set in early February. Some investors were worried that Microsoft's planned launch of a new LinkedIn service for freelancers could hurt Fiverr.

But the potential market for freelancing platforms should be big enough to support multiple winners. Fiverr appears to be in a good position to be one of those winners.

Fiverr recently withdrew its planned follow-on public stock offering of $700 million in shares. The company stated that the prevailing market conditions created an environment that wasn't optimal for raising equity capital. If today's rebound continues, look for Fiverr to probably move forward with its original plans.

Why Fiverr Stock Was Down Nearly 10% Today