Please ensure Javascript is enabled for purposes of website accessibility
Log In Help Join The Motley Fool
Free Article Join Over 1 Million Premium Members And Get More In-Depth Stock Guidance and Research
By Zhiyuan Sun - Updated Mar 12, 2021 at 11:55AM

I have a feeling these stocks might burn their investors in the near future.

In the past three weeks, the NASDAQ 100 has experienced heavy sell-offs during multiple trading sessions, and the index entered correction territory on Friday after declining by more than 10% from its peak. Many investors are now concerned that the stock market could be headed for a full-blown meltdown.

When market corrections occur, stocks with subpar fundamentals that previously benefited from an excess of investor enthusiasm tend to fall the hardest. Consider, for example, NIO (NIO 1.87%), Sundial Growers (SNDL -2.93%), and GameStop (GME 0.41%). They've dropped by between 29% and 57% from their highs in the past quarter alone. Here are more good reasons why investors should avoid them for the time being. 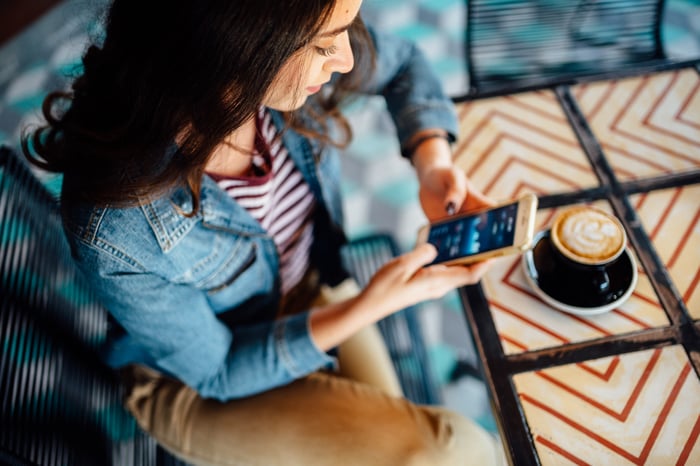 The "Tesla of China" gained significant momentum in 2020, delivering 43,728 electric vehicles compared to the 20,565 it delivered in 2019. Similarly, its revenue more than doubled to $2.3 billion. So why should investors shun what appears to be a high-flying growth company?

The biggest thing to be concerned about is that the automaker is losing money at a prodigious rate. Last year, the company burned through $706.2 million. Even though that was down by 58.4% from its loss in 2019, I still don't think it's a good idea to pay 20 times revenue for the stock.

Second, the company completed a $3 billion secondary stock offering in December and issued $1.5 billion in convertible notes in January. Its streak of shareholder dilution will probably continue for some time as it gets bigger.

Finally, NIO is (for now) a China-only brand. It doesn't have plans to sell vehicles on the U.S. market until after 2025. Leadership has, however, been clear about its efforts to expand into Europe in the second half of 2021. NIO may have some kinks to work out when this does occur, as it designed its cars to cater to the consumer dynamics of its home country.

Given that NIO is still toying with entry to the mass market and is keeping its focus homed in on the premium market in China and Europe, I for one might wait to see how its EVs fare in European countries before jumping on the soon-to-be international company's bandwagon.

Sundial Growers has taken full advantage of the high investor demand for cannabis stocks lately. On three separate occasions in February, the company launched rounds of equity offerings that totaled a staggering $1.164 billion. Its outstanding share count has grown from less than 200 million in September to more than 1.66 billion.

When companies tap into capital markets, what they plan to do with the newly raised funds is usually in line with their past return on equity. During the third quarter, Sundial's revenue and net loss declined to 12.9 million Canadian dollars and CA$71.4 million from CA$33.5 million and CA$97.4 million, respectively, a year prior. A variety of business write-offs, inventory overflows, and asset impairments contributed to those losses.

In fact, the company's gross margin amounted to negative CA$19.5 million in Q3. Investors should note that there is really nothing special about any of Sundial's flowers or oils. The firm only commands a 3.3% market share in the Canadian marijuana market. As late as Q1 2020, the company was still having logistics problems, with less than 40% of its products delivered on time to clients.

Overall, Sundial's abysmal performance is definitely not worth paying a premium for. I expect the company to keep draining its coffers. And when that happens, Sundial will do the only thing it knows how to do -- extend its hand to investors and ask for more.

At one point in the past 12 months, GameStop came close to becoming a penny stock, trading at just $2 per share. In the wake of its now-legendary retailer-investor-driven short squeeze, however, the stock remains grossly overvalued.

Typically, brick-and-mortar retailers trade for between 0.3 to 0.8 times revenue. GameStop is well above that range with a valuation of 3 times sales. But the business isn't even growing.

During its nine-week holiday sales period, which ended Jan. 2, GameStop's revenue decreased by 3.1% year over year to $1.77 billion. Its staggering e-commerce growth of 309% was primarily offset by the closure of 11% of its stores in the same period. Last year, the company closed 1,000 stores. More than 5,000 remain open.

While consumers continue to flock to GameStop's website to purchase new consoles, video games, gadgets, and collectibles, its physical stores will become obsolete. Thus, investors should recognize that GameStop's bottom line probably won't go anywhere within the next few years as the two opposing forces work against one another. I believe it's safe to say that the golden period of going long on GameStop stock is over.

Editor's Note: This Nio section of tihs article has been updated to more accurately reflect Nio's current technological abilities. The Motley Fool regrets the prior error.