Please ensure Javascript is enabled for purposes of website accessibility
Log In Help Join The Motley Fool
Free Article Join Over 1 Million Premium Members And Get More In-Depth Stock Guidance and Research
By Jeremy Bowman - Mar 10, 2021 at 7:51AM

After another disappointing earnings report, is it time to throw in the towel?

There's no question about it. This was a rough earnings report for Stitch Fix (SFIX 0.85%).

In its fiscal second quarter, the personalized online styling service missed both analyst estimates and its own guidance, and the company slashed its full-year revenue growth forecast from a 20% to 25% range to 18% to 20%. Given that, it's not surprising that the stock plunged as much as 31% on Tuesday, even on a day when its growth stock peers surged with the Nasdaq up 4%.

The sell-off also comes after Stitch Fix shares exploded following its first-quarter earnings report in December, and the stock is still up nearly 40% from before that report came out.

Investors who held through the rally, which peaked above $100 per share with the help of a short squeeze, are likely frustrated. But before you hit the sell button, let's step back and examine what drove the second-quarter results and what's happening with the long-term story here. While the stock fell by nearly a third, the overall outlook for the business hasn't changed much, and many of the challenges the company experienced were driven by short-term noise. 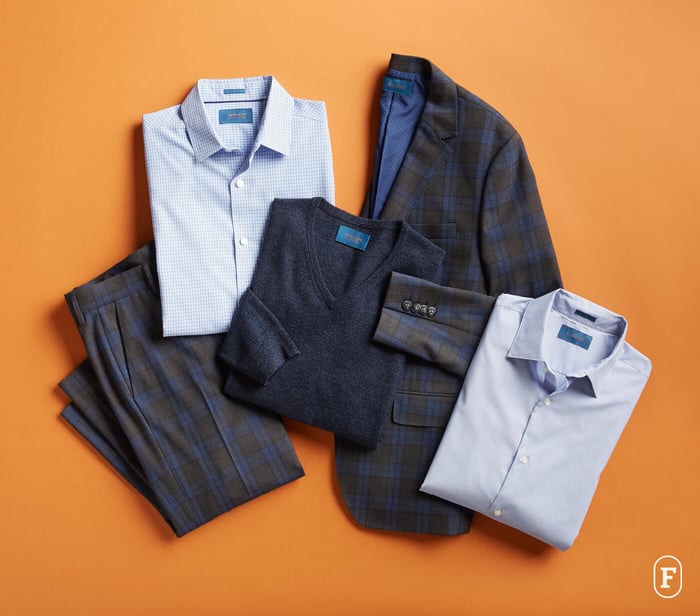 Stitch Fix revenue increased 11.6% to $504.1 million, missing the analyst target at $512.2 million and the company's own guidance at $506 million to $515 million. While it's generally a bad sign when a company misses its own guidance, management noted that shipments were delayed as carriers were strained by heavy demand over the holiday season and ongoing capacity shortages.

Without those delays, it believed that revenue would have been within its guidance range. Those delays and a decision to push back its launch of direct buy to new customers to the end of the fiscal year contributed to the decision to lower full-year guidance, though the underlying growth of the core business seems largely unaffected.

It's also worth remembering that the company is still dealing with pandemic-related headwinds, as apparel sales have generally been down and its performance during the crisis isn't really reflective of the company's growth potential.

On the bottom line, the company finished the quarter with an adjusted EBITDA loss of $8.9 million, missing its own guidance calling for a loss between $3 million and $6 million, as higher shipping costs and a wage hike contributed to the weaker-than-expected performance.

Despite the poor results, there were still a number of positive signs for the company's long-term growth.

Growth in first fixes, or the number of new customers placing orders, was the highest in its women's segment in the last five years, up nearly 50% from the year-ago quarter. That shows that the company is gaining market share at a crucial time ahead of the economic reopening, and that its customer acquisition and its demand pipeline are strong.

It's also improved and expanded new products like Fix Preview, which drove a 10% increase in average order value and improved customer retention, and introduced Live Styling, which gives customers a chance to do a 30-minute video chat with their stylist, another way the company can improve customer satisfaction. It also continues to scale its direct buy program, which has now served nearly a quarter of active women's clients.

The company also seems poised to capitalize on the pull-forward effect of consumer spending into e-commerce and on the economic reopening, which will drive increased apparel sales as consumers look to refresh their wardrobes and prepare for returning to work events and social functions.

Even though the stock is down more than 50% from its short-squeeze driven peak a few weeks ago, shares are still up about 40% from December, before the first-quarter earnings report came out. Volatility has become the norm for Stitch Fix stock, as this is a unique company with no real peers in the market. Its results also tend to be inconsistent from one quarter to the next, especially with the uncertainty from the pandemic.

However, the long-term growth story still looks solid here, and the growth in first fixes is a promising sign even if it doesn't show up in the headline numbers. With direct buy being rolled out to new customers later in the year, Stitch Fix has a huge opportunity to capture a new chunk of the market and put its data science model to the test.

Selling before then looks like a mistake despite the disappointing earnings report, especially given the tailwinds it will get from the end of the pandemic.