Please ensure Javascript is enabled for purposes of website accessibility
Log In Help Join The Motley Fool
Free Article Join Over 1 Million Premium Members And Get More In-Depth Stock Guidance and Research
By Jennifer Saibil - Mar 11, 2021 at 9:22AM

These two top companies demonstrated their resilience during the pandemic, but which is a better investment?

Did you order something from Amazon (AMZN -3.21%) over the last 12 months? If you're nodding yes, you're like millions of others who relied on the king of e-commerce during the pandemic. How about drinking a soda or eating a snack? Odds are good that you purchased a drink or snack from PepsiCo's (PEP 1.34%) broad range of brands, which include Pepsi, FritoLay, and Quaker.

Why does any of this matter to an investor? For two reasons.

First, many investors (especially beginning investors) are told to buy stock in companies they know and love because that popularity is often a good indicator that the company is got a marketable product or service and will have the means to reward its investors as a result. Second, sales results and the financial metrics that relate to them help greatly when choosing which stock among a range of selections is the better buy at a given moment.

Let's go through the data and see if we can use sales to help determine the better buy between Amazon and PepsiCo. 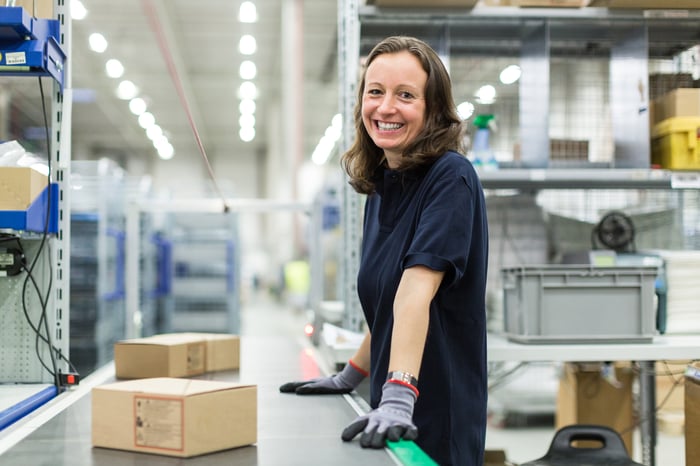 Amazon and PepsiCo are both powerhouse companies. When ranked by revenue, Amazon is the second-largest company in the U.S. with $386 billion in 2020 sales (competitor Walmart tops the list). PepsiCo is no slouch either on revenue as it reported $70 billion in fiscal 2020 sales. As for each company's fourth-quarter results:

Based on the latest quarterly results, it's pretty clear that Amazon is still firmly in growth mode and PepsiCo is generating results more along the lines of a value stock. It should also be noted that these results were highly impacted by the pandemic.

So let's do further analysis and go through annual sales for the past five years:

Looking at these results, it's clear 2020 was an exceptional year for Amazon, but it was actually PepsiCo that was seeing proportionally better incremental growth in the years before the pandemic. All of Amazon's various operations greatly benefited from the pandemic-affected economy of the past 12 months, while PepsiCo relied more on its breakfast and snacks segments to maintain its growth trajectory.

A big part of Amazon's strong 2020 performance came from being a trusted name in e-commerce. When it last reported membership (January 2020), Amazon Prime had more than 150 million members. That figure has likely risen even further but management was only willing to note it was experiencing "strong growth." Prime members have been shown to shop and engage more with the company, and are key to future growth.

PepsiCo had an overall sales dip in the spring as its commercial segment business took a big hit related to pandemic lockdowns. But it quickly reversed the overall declines as the breakfast and snack segments picked up the slack. PepsiCo's diverse product lineup is what has allowed it to continue performing well while archrival Coca-Cola, which is much more beverage-focused and commercial-business-focused, continues to generate underwhelming sales. 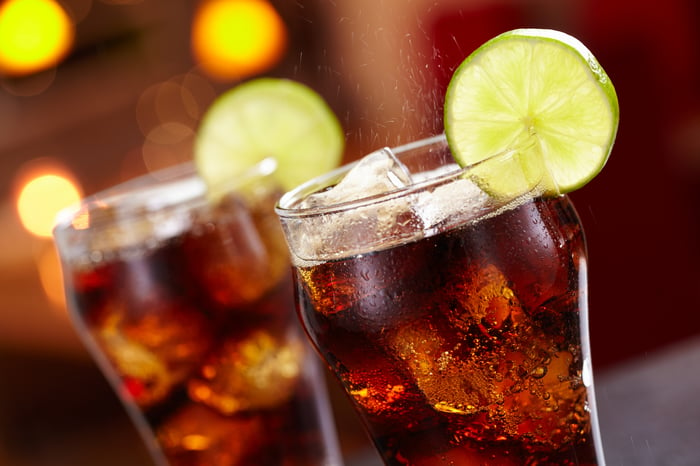 Amazon is always looking for new growth opportunities. It's aggressively moving past its leadership role in e-commerce and disrupting a range of fields, including groceries, online advertising, shipping and logistics, pharmacy, and online video. Amazon Web Services, its cloud computing segment, has seen incredible growth and high margins. Despite accounting for only about 12% of sales, AWS produces more than half of net earnings.

The company is scaling many of its initiatives at a fast clip. It opened cashierless grocery stores in seven markets in Q4 and will open more in 2021 and beyond. It's signing deals for Amazon Video and Amazon Music, and it's making deals to sell its cashierless technology to other stores.

PepsiCo is looking for growth opportunities as well, but its efforts are a bit more conservative. PepsiCo recently announced a deal to develop plant-based products with Beyond Meat, and it's focused on gaining market share in its beverage, snack, and breakfast segments.

One definite advantage PepsiCo has over Amazon is that it pays a regular dividend (currently yielding a nice 3.1%). The dividend is quite stable as evidenced by the fact that it has grown each year for the past 48. That has earned the stock a prized designation as a Dividend Aristocrat (an S&P 500 stock that has raised its dividend for at least 25 straight years). If it continues to do so for two more years, it will earn an even more rare and prized Dividend King designation for raising its dividend at least 50 straight years. For investors looking for a stable and high-yielding dividend, PepsiCo is an excellent choice.

Amazon is still very focused on growth and doesn't pay out a dividend. Investors in this company are doing so more for the still high stock price gains it generates.

Deciding on the better stock

As we circle back to the questions we asked earlier and apply their answers to which of these companies is the better buy at the moment, It's pretty clear that people have a lot of enthusiasm for both of these companies, but Amazon is producing more of what people want in more ways. And with Amazon's continued investments in its current operations as well as new ventures, its sales growth rate is likely to outperform PepsiCo's in the coming years as well. That goes a long way toward explaining why Amazon stock is the winner in this showdown.