Illinois is a booming market with massive handle, where DraftKings currently reigns.

Internet gambling on sports games is booming in Illinois, according to metrics supplied by Play Illinois. The figures for January, published yesterday, show betting handle for the state notched a new record with a total of $581.6 million in bets. The amount of sports betting in February is expected to be even higher thanks to the Super Bowl. 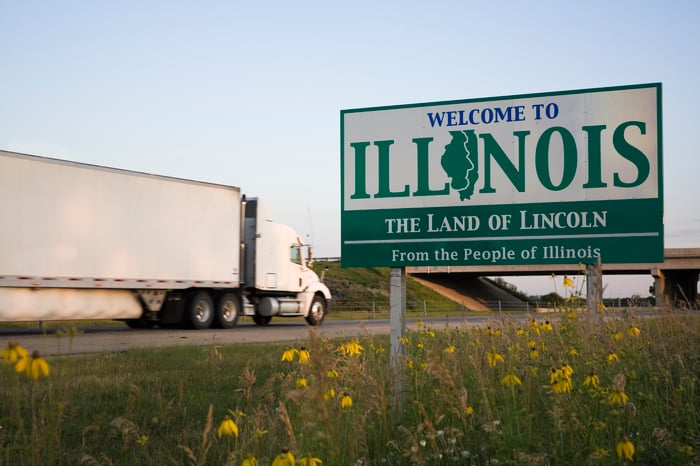 Online fantasy sports and sports gambling company DraftKings (DKNG 3.37%) managed the biggest slice of the handle, though FanDuel, a subsidiary of Flutter Entertainment (FLTR 1.88%) actually gained about half a million dollars more in profit from its second-place handle.

Whether Penn's Barstool can compete on equal footing with DraftKings and FanDuel remains to be seen. The company is aggressively pursuing expansion as the wave of online sports gambling legalization continues to sweep across America, with cash-strapped state governments looking for new tax revenue sources. Last month, Penn partnered with a New York state casino to position itself for online sportsbook offerings in the Empire State once legalization occurs.

The Barstool Sportsbook app has already gone head-to-head with DraftKings and FanDuel in Michigan, achieving third place with 24% market share. With high popularity and low overhead, Barstool and Penn may be able to manage a similar rapid rise to the top three in Illinois, too.