Please ensure Javascript is enabled for purposes of website accessibility
Log In Help Join The Motley Fool
Free Article Join Over 1 Million Premium Members And Get More In-Depth Stock Guidance and Research
By Rich Smith - Mar 12, 2021 at 10:51AM

One of the soccer club's shareholders is selling -- a lot.

Shares of soccer club Manchester United (MANU -1.66%) are falling today, down by 8.9% as of 9:55 a.m. EST. The slump comes in the wake of news that one of the publicly traded sports team's investors, the "Avram Glazer Irrevocable Exempt Trust," wants to sell 5 million of the shares it owns in a secondary offering.

So why is that "bad news"? A couple of reasons suggest themselves.

First and foremost, 5 million shares is more than 3% of all the shares Manchester United currently has outstanding. The sale of a big slug of shares like this is likely to depress the stock price as offers to sell Manchester United shares outweigh offers to buy, driving the price down. 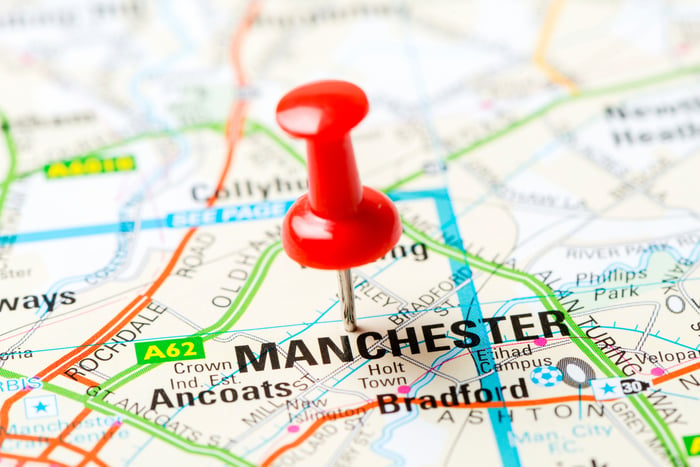 Second, while there will be no dilution from this sale, because Manchester United is not creating new shares to sell for its own account, there will also not be any new money raised for the soccer club.

Granted, ordinarily, shareholders aren't fans of seeing their ownership interest in a company diluted by a stock offering. But in the case of Manchester United, which is lugging around more than $764 million in debt but has less than $113 million in cash on its balance sheet, shareholders might be wishing that the company had raised a bit of cash this time around.

Especially with Manchester United's stock up more than 40% over the past year, they may be thinking that now would actually be a good time to cash in some high-priced stock and use the proceeds to pay down debt.