Please ensure Javascript is enabled for purposes of website accessibility
Log In Help Join The Motley Fool
Free Article Join Over 1 Million Premium Members And Get More In-Depth Stock Guidance and Research
By Leo Sun - Mar 15, 2021 at 8:20AM

Does this buzzy new online dating stock have more room to fly?

Bumble's revenue from its namesake app, which lets female users make the first move, increased 47% to $105.8 million. Its revenue from the older dating app Badoo, which is more popular in Europe and Latin America, and other smaller businesses rose 10% to $59.8 million. 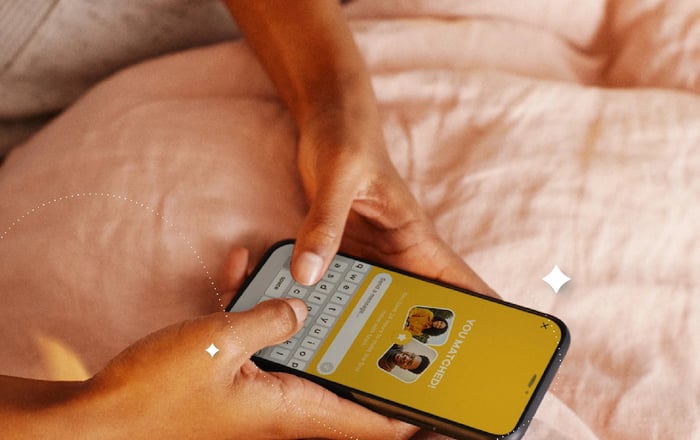 Bumble expects its revenue to rise 32%-34% in fiscal 2021, and for its adjusted EBITDA to increase 21%-24%. That's a rosy outlook, but is it the right time to buy Bumble's volatile stock? Here are four reasons to buy Bumble now, and four reasons to wait for a pullback.

Bumble's accelerating post-pandemic growth, its growing base of paid users, its rising revenue per user, and the expansion of its ecosystem all make it a compelling buy right now.

Bumble's revenue rose 36% in 2019, but grew a mere 4% year-over-year in the first nine months of 2020 as more people stayed at home throughout the pandemic. But its growth accelerated significantly in the fourth quarter, and the company will likely regain its momentum as the pandemic ends this year.

During the conference call, Bumble's co-founder and CEO Whitney Wolfe Herd suggested the "incredibly lonely period" throughout the pandemic would spark fresh demand for online dating services this year. 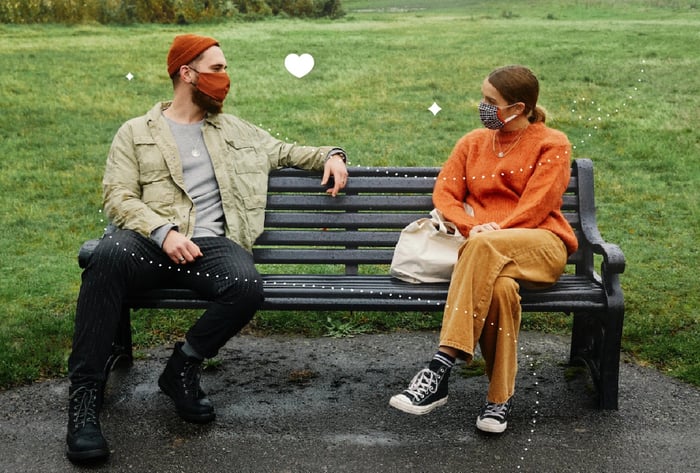 Bumble, like Match's (MTCH -4.43%) Tinder, operates a freemium platform. Paid users gain access to additional perks, including unlimited swipes, "super swipes" to get another user's attention, and the ability to see who likes them right away.

That stable growth indicates Bumble's users were still willing to pay a premium for its services throughout the crisis, and suggests its total ARPPU growth will accelerate after the crisis finally ends.

Lastly, Bumble still has room to expand its female-centric ecosystem with Bumble BFF, a feature for platonic friendships, and Bumble Bizz, a network for professional connections. Bumble doesn't generate any meaningful revenue from these newer services yet, but they could eventually differentiate its platform from Match's Tinder, Hinge, and other dating apps.

Bumble's core business looks strong, but four flaws are tough to overlook. First, its ownership of Badoo, a company that was embroiled in a sexual misconduct controversy in 2019, contradicts Bumble's female-first branding.

Badoo has reportedly cleaned up its act since then, but it still seems to be a dead weight on Bumble's business, with weaker growth rates than its namesake app and much lower revenue per paid user. It might make sense for Bumble to sell or spin off Badoo to focus on the expansion of its core app.

Second, there's a big gap between Bumble's GAAP earnings and adjusted EBITDA, mainly due to high stock-based compensation expenses, listing costs for the IPO, and depreciation and amortization costs.

Those costs should decrease this year, but investors might want to wait to see if the company can narrow its steep losses. Improving its bottom line could prove challenging, especially if Match aggressively targets Bumble with its broader portfolio of dating apps and higher marketing budget.

The strengths are outweighing the weaknesses

I recently highlighted Bumble as a top growth play on Millennial consumers, and I accumulated a significant position during the recent tech sell-off. I believe Bumble's strengths outweigh its weaknesses, and its stock is reasonably valued relative to its growth potential. It'll be a bumpy ride, but I think Bumble has a real shot at challenging Match in the online dating market.