Sales growth and dividend income should provide the foundation for strong investor returns from these companies.

The past year has been a crazy one for the stock market due to the COVID-19 pandemic. Indexes plunged by more than 20% last February and March, but soared in the 12 months that followed.

If your portfolio was stuffed with quality dividend stocks before the decline, then all that volatility likely wasn't as painful for you as it could have been. If you're reinvesting dividends, for example, you likely made at least a few automatic stock purchases at bargain prices.

Dividend stocks' stabilizing power in a portfolio is just one of many reasons to love them. With that in mind, let's look at why you might want to add two dividend-paying stocks -- Walmart (WMT 0.11%) and Garmin (GRMN -0.13%) -- to your watch list today. 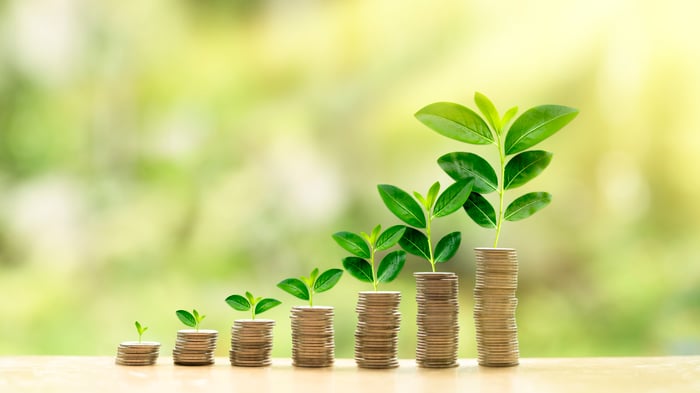 1. Why Walmart is undervalued

After Walmart added $40 billion to its annual sales base in 2020, no one can argue that the retail giant failed to capitalize on the opportunities presented by the pandemic. Yet the stock has underperformed over the past year, trailing the S&P 500's percentage gain by more than 40 percentage points. Walmart's returns look even worse compared to industry peer Target, which trounced the market over the same one-year timeframe.

Now, Wall Street is worried about a growth hangover in 2021 that might push sales down for Walmart relative to the prior-year totals. Management is also predicting several years of elevated spending ahead as the company works to consolidate the progress it made on e-commerce and multichannel retailing. 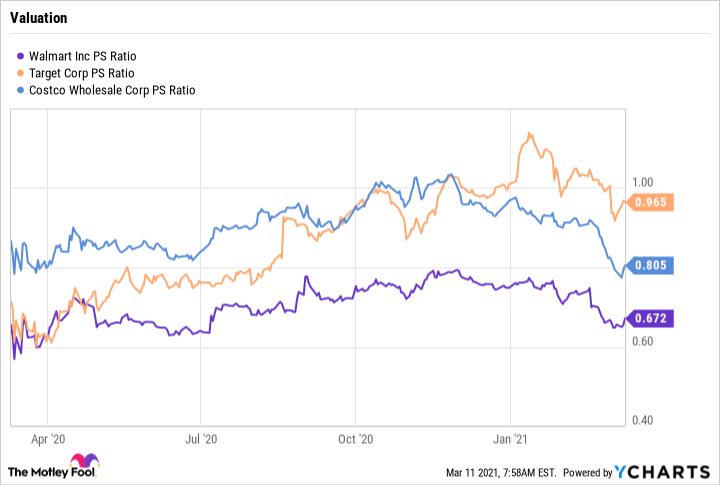 That project, though, is highly likely to set the stage for faster growth and rising profitability in the decades to come. And today investors can buy into that expansion story at a relative bargain valuation of 0.67 times sales, which compares favorably to Costco's P/S ratio of 0.8 or Target's P/S of 0.97. Add in a dividend that yields over 1.5% at current share prices, and there's a compelling case to be made for investing in this Dividend Aristocrat.

If your investing tastes tilt more toward growth, consider Garmin. The GPS tech specialist just wrapped up a fantastic fiscal year that surpassed management's initial sales and profit targets despite the pause in retail sales that took place early in the pandemic. While revenues from two of its core product lines, automotive and aviation, declined in 2020, Garmin offset those slumps with big gains in segments such as smartwatches and marine navigation.

Those successes weren't flukes. Garmin has achieved surprisingly strong sales and rising profitability in each of the last four fiscal years. In a few of those periods, its fitness devices led the way, while in others, it saw better results from high-end products like aircraft navigation systems and smartwatches. Annual operating income just passed $1 billion compared to $700 million in 2017. 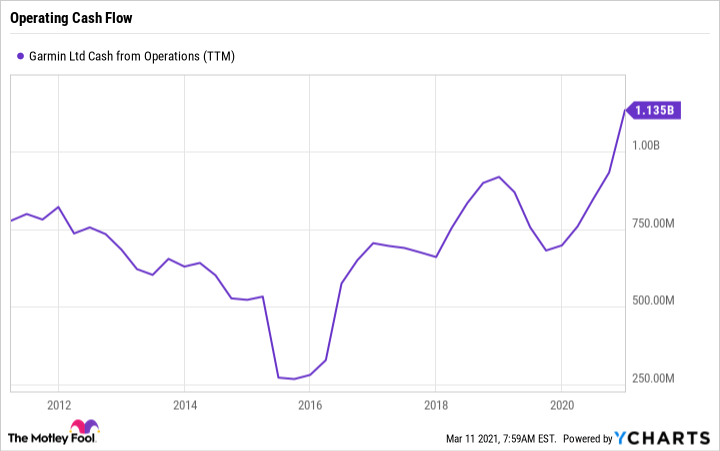 CEO Cliff Pemble and his team see much more room to grow as Garmin innovates across a wide spectrum of consumer tech and high-performance GPS niches. Their initial 2021 forecast calls for sales to rise at a double-digit percentage rate to $4.6 billion. They're not leaving income investors out in the cold, either. Garmin just raised its quarterly payout by 10% to $0.67 per share.

The 2% yield that translates into is generous for a business that's growing so quickly. But it's a reflection of strong growth trends and ample financial reserves. Garmin generated $950 million in free cash flow last year, up from $580 million in 2019. Shareholders stand to receive a growing portion of that cash surge by simply holding this dividend stock over the next few years.