Please ensure Javascript is enabled for purposes of website accessibility
Log In Help Join The Motley Fool
Free Article Join Over 1 Million Premium Members And Get More In-Depth Stock Guidance and Research
By Reuben Gregg Brewer - Updated Mar 16, 2021 at 11:05AM

The car rental company got pushed lower along with a Wall Street downgrade.

Shares of Avis Budget Group (CAR -5.06%), one of the largest publicly traded car rental companies, fell just shy of 7% in the first hour of trading on Tuesday. The big news, however, was likely from the day before, and it wasn't from the company.

Wall Street analyst Billy Kovanis at Morgan Stanley downgraded Avis Budget Group from an overweight call to equal weight. The price target is currently $67 per share, which was below the roughly $72 it closed at on Monday, when news of the update spread after the end of trading. Investors don't like it when analysts downgrade a stock, so the sell-off at the open today isn't particularly shocking. 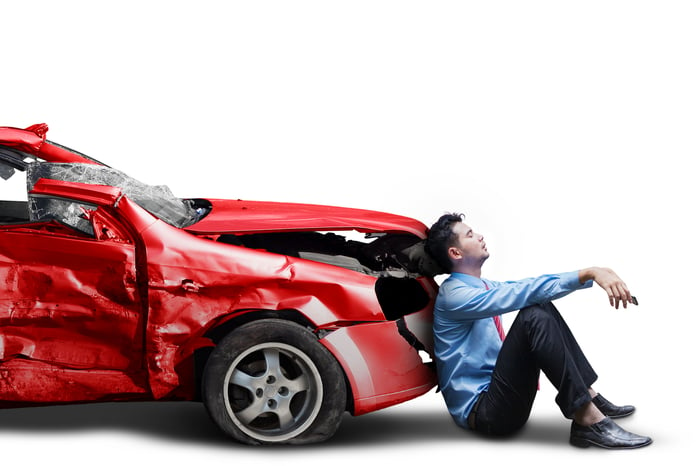 The logic behind the downgrade appears to be valuation, noting that the stock has rallied strongly in 2021 (up around 80%, including today's drop). Effectively, investors seem to have priced in a lot of good news on the recovery even though coming back from the pandemic hit is still a work in progress. To put a number on that, revenue was off by 37% in the fourth quarter of 2020, with earnings dipping to a loss of $0.36 per share.

The travel industry, and related businesses, were hit hard by the pandemic. With vaccines rolling out around the world, investors are excited about improving prospects, and Avis Budget Group has been caught up in the excitement. Long-term investors, however, should tread carefully, given that Wall Street has a tendency to overreact on both the downside and the upside. In other words, seriously consider the Morgan Stanley call here before you make an investment decision.

Why Avis Budget Stock Stomped on the Gas Today