A Wall Street analyst reiterated an outperform rating while raising its price target on the Middle Eastern social media company.

Shares of Yalla (YALA 0.27%) soared today, up by 20% as of 12:10 p.m. EDT, after getting a bullish vote of confidence from Wall Street. Oppenheimer reiterated an outperform rating on the stock while analyst Bo Pei boosted the firm's price target from $28 to $30. The news comes in the wake of Yalla's fourth-quarter earnings release, which briefly sent shares higher yesterday before closing down for the day.

Oppenheimer was encouraged by the fourth-quarter results as well as the bullish guidance for the first quarter. Monthly active users (MAUs) soared by 295% and the number of paying users skyrocketed by 624%, as the Middle Eastern social media technology company continues to improve monetization. Pei notes that Ludo revenue surpassed Yalla revenue in the fourth quarter, indicating strong adoption and monetization of chat features. 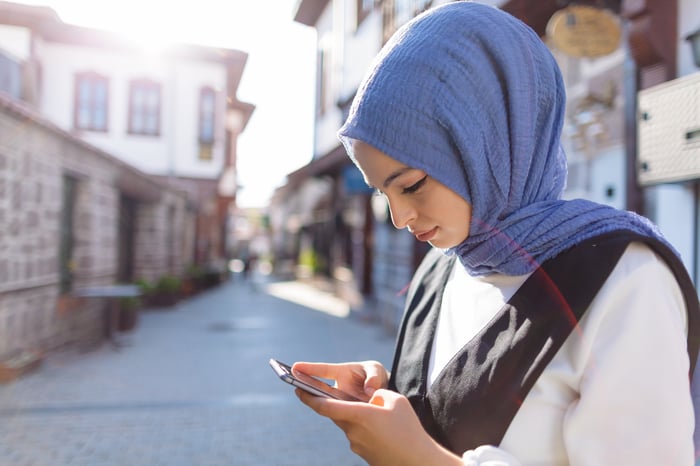 Yalla's revenue guidance for the first quarter does not include the possible contribution from other products that are in the pipeline, according to Pei. Tencent's WeChat has become a dominant chat platform in Asia, and Oppenheimer suggests that Yalla could have an opportunity to replicate that service's success.

"Parchis/Baloot/101 Okey target the South American/[Middle East and Northern Africa]/Turkish markets, respectively, with incremental addressable users of at least 25M," the analyst wrote in a research note to investors. "Yalla Chat could become the WeChat for Arabic users, in our view, significantly expanding YALA's TAM."

Oppenheimer also likes that Yalla expects to add 15% more MAUs each quarter throughout 2021.

Why Yalla Stock Skyrocketed 77.9% in January