Please ensure Javascript is enabled for purposes of website accessibility
Log In Help Join The Motley Fool
Free Article Join Over 1 Million Premium Members And Get More In-Depth Stock Guidance and Research
By Brent Nyitray, CFA - Mar 17, 2021 at 7:43AM

The COVID-19 crisis was difficult for many companies last year, but some were able to benefit from the state of affairs. Some stocks in the financial sector struggled, especially real estate investment trusts and banks. Others benefited from the changes that stay-at-home orders mandated.

Payment technology companies like Square (SQ -4.25%) saw increased adoption as more transactions went from in-person to remote. Square's stock was a stellar performer in 2020, rising 189% in 2020. According to the latest financials, Square is exhibiting massive top-line growth. However, when you take a closer look at the numbers, the growth isn't as great as it first appears. If you've been debating whether to buy Square, here's what you need to know first. 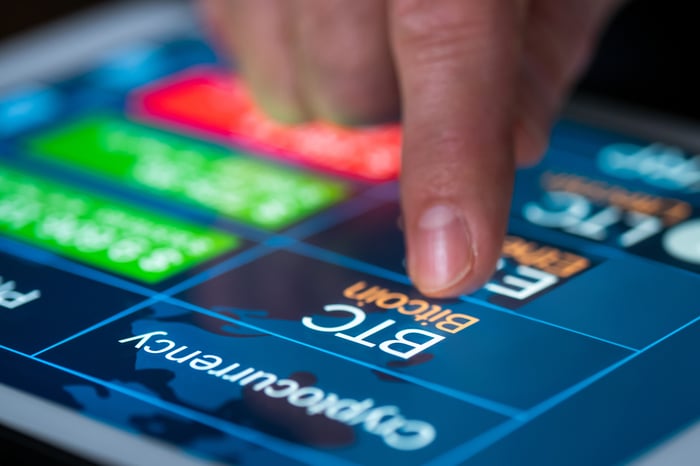 Square is probably best known for the little card reader that can be attached to a phone to process credit card transactions. The company is more than that, however, and it has two main businesses it refers to as ecosystems.

Square is focusing on the market for larger sellers, which it sees as a big opportunity. On the fourth-quarter earnings conference call last month, CFO Amrita Ahuja characterized the penetration level of the large seller market at something like 1%. The company intends to raise spending to increase its reach, launching a marketing campaign to help raise awareness of its products, while ensuring that they resonate with the pain points for larger sellers. It also plans on doubling its sales team and continuing to build on its platform.

Square has also been highly acquisitive lately, purchasing personal finance specialist Credit Karma and most recently Tidal, a streaming music service. The idea behind buying Tidal, which was founded by Jay-Z, is to include an artist space in its seller ecosystem. But Tidal has been a money-loser, and the music business is feast or famine. Square also has received government approval to start a bank, and has been actively buying Bitcoin.

Bitcoin trading is a headline-grabbing benefit for Cash App users, but it's important to understand how the cryptocurrency affects Square's financials.

Because regulators consider Square to be acting as a principal in Bitcoin trading, the company is required to recognize the customer's purchase as revenue and the "sale" to the customer as a cost. So if a customer buys $1 million worth of Bitcoin, Square recognizes $1 million in revenue. The company was credited with $4.6 billion in Bitcoin revenue last year, 48% of its total sales. This was a huge jump from 2019, when Bitcoin revenue was only $500 million.

But of that $4.6 billion in Bitcoin revenue, $4.5 billion was the price that the customer paid for Bitcoin, so Square actually made about $100 million on the cryptocurrency. And more to the point for growth investors, Bitcoin accounted for all but $729 million of the company's $4.8 billion increase in sales.

This means the top-line growth of the company is being distorted by the digital currency. Just under half of Square's revenue was Bitcoin, which did exhibit spectacular growth. That said, the growth rate for the rest of the business was around 17%. Subscription-based revenue grew 50%, and that is good evidence that sellers are interested in some of Square's other services. But looking at Square's core business of payments and related services, you can see that last year's economic shutdown took more of a toll than the top line would suggest.

Know what you're buying

Square is in its early growth stage, so it doesn't make sense to focus on its price-to-earnings ratio for now. That said, companies like this do trade on growth, and when a company has a P/E ratio over 500, as Square does today, it has to keep the top line rising. Acquisitions are a way to do that, but they can also be a red flag.

The thing to consider when buying Square is not the forward-looking story, which is compelling; the key takeaway is that an accounting convention is exaggerating the true growth of the company. I think Square is a great story overall, but if you haven't yet bought in, you might want to wait for the growth to catch up with the multiple.