Cathie Wood scooped up shares of this beaten-down fintech amid its business transformation.

The newest all-star of the investment world, Cathie Wood, is not exactly known for value investing. Her Ark fund family includes five separate actively managed exchange-traded funds (ETFs) across general innovation, autonomous mobility and robotics, next-gen technologies, genomics, and fintech. Needless to say, most of Wood's stock picks have very little in the way of earnings, and in some cases, even revenue.

What all of her strategies share in common is a focus on disruptive innovation, getting an early jump on hyper-growth stocks for the next decade and beyond. Beaten-down value stocks don't seem to be Wood's thing.

Therefore, it was somewhat surprising to see Wood invest in just that kind of stock last Thursday. 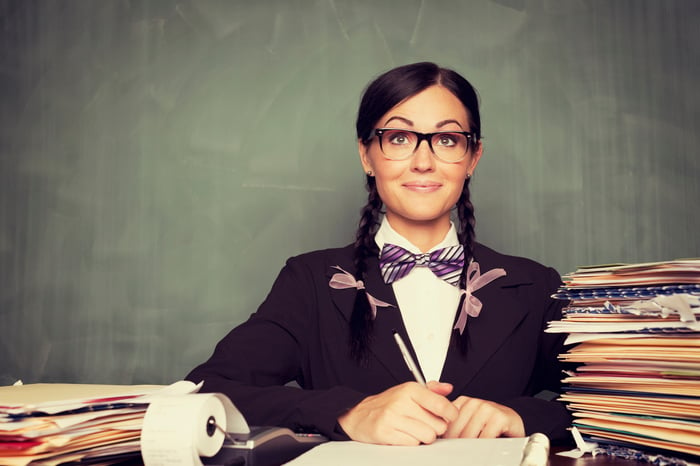 The move may have surprised some – after all, LendingClub has fallen quite out of favor over the past few years. The stock price even fell below its book value last year amid COVID -- a valuation usually seen in mature, less-profitable banks on the decline, not a fintech disruptor promised by the likes of Wood. 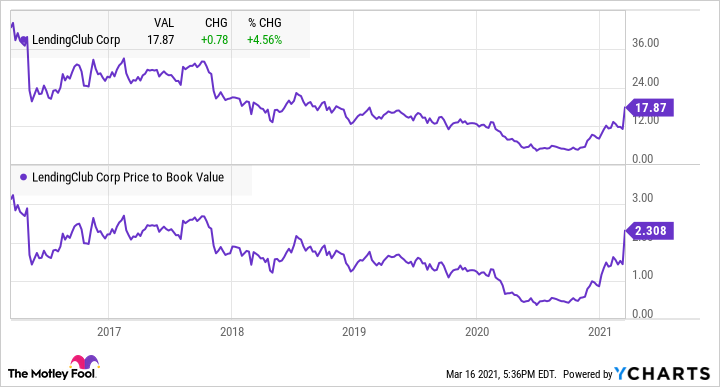 And yet, Wood bought LendingClub on the heels of its earnings report last week. While this guy isn't so surprised, the market seems to have been caught off guard, with LendingClub's stock price surging in the aftermath.

So what might this innovation-oriented portfolio manager be thinking?

LendingClub was once thought of as a disruptor

It may seem like ancient history, but LendingClub initially came to market with the promise of disruption. Going public in late 2014 at a valuation around $5.4 billion, LendingClub shot 56% higher on its first day of trading, ending the day valued at $8.6 billion. Shortly thereafter, the stock briefly exceeded a $10 billion valuation.

The company's mission was to shake up the personal loan space. Using big data and advanced analytics, LendingClub sought to underwrite higher-interest loans that banks wouldn't touch in the wake of the financial crisis. Additionally, since it wasn't a traditional bank with an extensive branch network, the company had lower overhead costs, theoretically allowing it to lend to customers at lower rates than they would otherwise get from credit card issuers.

Just prior to the IPO, founder and CEO Renaud Laplanche said, "we feel that our competitive advantage compared to traditional banks is really long-lasting because, again, it is grounded in technology and cost, not something they can react to."

A fall from grace

That $10 billion valuation is a stark contrast from LendingClub's recent all-time lows hit last summer during the pandemic, when its market cap briefly plunged below $400 million.

So what happened to LendingClub? The turning point came in May 2016, when prior management was deemed to have violated company business practices in matching loans with buyers, in order to move more loans through LendingClub's platform and keep up growth. The ensuing revelations led to Laplanche's ousting. In addition, LendingClub's high-interest loans began to experience increased chargeoffs later that year as the credit cycle turned down. The deadly combo caused a precipitous fall in the stock price during 2016. As shareholder lawsuits and SEC investigations piled up, the stock remained depressed for years.

After Laplanche left the company, President and COO Scott Sanborn stepped into the CEO role, and began to retool the company. Though the stock was in shambles, LendingClub still had a great balance sheet after raising $900 million in its IPO at much higher prices. That gave management ample time to reset its underwriting and business model. Additionally, LendingClub had by that point become the largest personal loan provider in the country, giving it economies of scale and tons of data to work with.

Sanborn repositioned the company by tightening credit and focusing more on prime borrowers. That slowed originations growth, and therefore LendingClub's revenue, but was necessary to instill confidence. Originally more of a peer-to-peer lender, more institutions such as banks and asset managers began buying LendingClub's safer but lower-yielding loans. An additional plus, these loan investors were more dependable than yield-chasing individuals that may flee at the slightest hint of macroeconomic worries.

LendingClub's transformation into more of a traditional, bank-like company was complete when it agreed to, well, become a bank. Last year, just before COVID hit, LendingClub announced the acquisition of Radius bank, a non-branch bank based in Boston.

LendingClub's acquisition just closed, and it could change everything

Besides LendingClub's beaten-down share price, Wood likely bought into the stock because it just closed the Radius bank deal, which could fundamentally alter LendingClub's financials for the better. For just $185 million, LendingClub says it will pick up some $40 million in cost synergies, just from lower-cost deposits replacing the company's warehouse lines, as well as eliminating duplicative bank compliance costs.

Additionally, there are significant revenue synergies to be had. Going forward, LendingClub aims to hold 15-25% of loans on its own balance sheet, instead of selling most to investors. For every $1 billion held on its balance sheet, LendingClub should reap another $40 million of incremental earnings. Moreover, LendingClub can now market deposits and other banking products to its massive base of current and previous loan borrowers.

Yet by keeping a hybrid bank-marketplace model, LendingClub should still benefit from the economies of scale and data-gathering advantage that comes from being a larger marketplace, rather than just a traditional balance sheet lender. In other words, LendingClub could get the best of both worlds due to the Radius acquisition.

These new capabilities to scale at lower costs is likely what has Cathie Wood excited about the stock.

A disruptor at a low stock price?

To be sure, LendingClub isn't a very large position in the ARKF ETF. Today, it occupies just 0.79% of the fund, making it the 40th largest position out of 48 total stocks. High-growth payments company Square (SQ -0.05%) is currently the largest position, at 10.65% of the fund.

Still, the fact that LendingClub is a new position in the fund is telling, especially since the company just gave its first presentation since the potentially transformative Radius acquisition. Although the stock is up some 75% just since last Thursday on news of Wood's purchase, LendingClub is still really not that expensive, at just over two times book value. With this new vote of confidence from a prominent investor, it remains potential turnaround stock to watch in 2021.

Correction: The original version of this article misstated how LendingClub's business practices were violated in May 2016. We're sorry for the error.