Please ensure Javascript is enabled for purposes of website accessibility
Log In Help Join The Motley Fool
Free Article Join Over 1 Million Premium Members And Get More In-Depth Stock Guidance and Research
By Will Ebiefung - Mar 17, 2021 at 8:15AM

Altria offers a dirt cheap valuation and a massive dividend.

With companies in the S&P 500 trading at an average price-to-earnings (P/E) multiple of 40, stocks are getting pricy versus their historical average of just 16. In times like these, investors often look to value stocks -- stocks that trade at low prices relative to their earnings and growth potential -- as a safer bet.

Altria Group (MO 0.00%) is a great value stock pick because of its dirt-cheap stock price and pivot to less dangerous cigarette alternatives. Let's explore the reasons why this tobacco giant is my top value stock to buy right now.

With a stock price of $48 compared to projected adjusted earnings per share (EPS) of up to $4.62 in 2021, Altria boasts a forward P/E of roughly 10. That multiple is significantly lower than the market average and represents an attractive discount to other U.S.-traded tobacco companies like Philip Morris International and Vector Group, which trade for 15 and 17 times forward earnings, respectively. 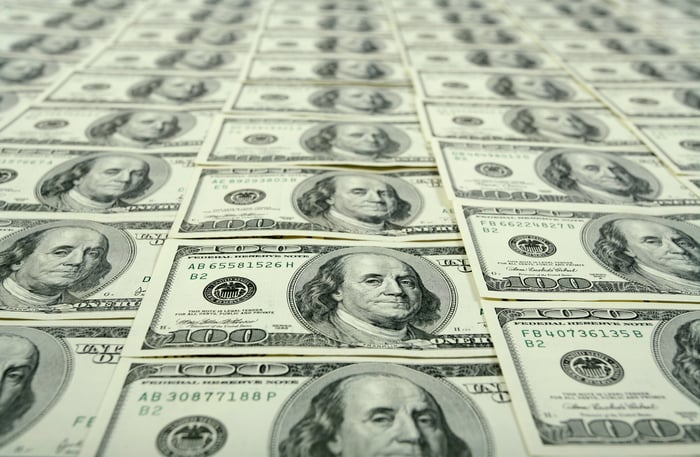 Why is the market overlooking Altria? It could be because of challenges related to its ill-fated strategic investment into vaping start-up Juul Labs.

In 2018, Altria paid $12.8 billion for a 35% stake in Juul to gain more exposure to the fast-growing vaping market. So far, the deal has been a disaster, forcing Altria to write down the value of the equity by $8.6 billion in 2019 and $2.6 billion in 2020. There have been lingering public health concerns over the safety of vaping and legal challenges from the Federal Trade Commission (FTC), which is seeking to unwind the deal over antitrust considerations.

But with Altria's Juul stake impaired by a staggering 88% of its original valuation, the downside looks priced in at this point.

The shares could even drive non-cash earnings growth if regulators allow Altria to keep them. As mentioned earlier, the vaping market is soaring -- expected to expand at an annual rate of 24% to $67 billion by 2027. And while Juul's financials aren't public, Altria recorded an unrealized gain of $100 million from its stake in the fourth quarter. This clue could indicate a turnaround for the embattled start-up.

Reduced-risk products are the future

According to CEO Billy Gifford, Altria is making steady progress toward its 10-year vision of a "non-combustible future." But its cigarette business still represents the vast majority of operations. Comprehensive income from smokable products grew 10% year over year to $10.1 billion in 2020 compared to oral tobacco, which grew 7% to $1.7 billion in the period.

Altria boasts a majority stake in Helix Innovations, the maker of the popular on! Nicotine pouches, with plans to ramp up manufacturing through a new plant in Virginia. The company also enjoys exclusive U.S. commercialization rights to IQOS -- a tobacco heating system designed to release less harmful chemicals to users than cigarettes.

Altria is a buy

Altria is a top stock because of its strong operating performance, which allows it to return massive value to shareholders. Management expects adjusted EPS growth of up to 6% in 2021 ($4.62 per share) and maintains a target payout ratio of 80% adjusted earnings. The stock boasts a jaw-dropping yield of 7% and has grown its dividend for 51 years running, earning it Dividend King status.