Please ensure Javascript is enabled for purposes of website accessibility
Log In Help Join The Motley Fool
Free Article Join Over 1 Million Premium Members And Get More In-Depth Stock Guidance and Research
By Howard Smith - Updated Mar 17, 2021 at 10:01AM

The ridesharing service's drivers will now be eligible for vacation pay and pensions.

Uber Technologies (UBER 2.59%) has lost its appeal in a U.K. court battle, and will now reclassify drivers as "workers," a designation different than "employee" in the U.K.

Workers remain self-employed for tax purposes. As workers rather than independent contractors, Uber said in a Securities and Exchange Commission filing, its drivers in the U.K. will be eligible for vacation pay and benefits including a pension plan.

Uber has been fighting against such reclassifications since California Attorney General Xavier Becerra and the city attorneys of Los Angeles, San Diego, and San Francisco filed a lawsuit against ridesharing companies in May 2020. That lawsuit cited the so-called gig economy law that went into effect Jan. 1, 2020. 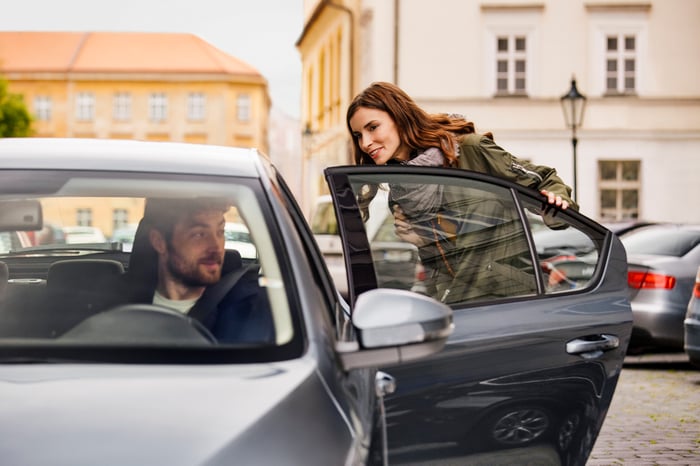 Uber said its U.K. business represented about 6.4% of global mobility gross bookings in the fourth quarter of 2020. It said the changes will not affect its previously announced earnings guidance for the current quarter or the remainder of 2021.

One area of contention could be from the company saying the minimum pay for U.K. drivers will begin "after accepting a trip request and after expenses." Some proponents of the reclassification want the minimum pay to begin at the time drivers are logged in as available for work.

Uber CEO Dara Khosrowshahi wrote in an opinion column in The Evening Standard, a London daily newspaper, that rather than continue to fight the change, the company has decided "to turn the page," and "I hope the path that we chose shows our willingness to change."