San Francisco is the latest location that will see the electric vans on the road.

Amazon (AMZN 2.57%) revealed today on its official Amazon News Twitter account that it has expanded the testing of its planned fleet of electric delivery vans. Road testing is now beginning in San Francisco, marking the second city after the vans started being utilized in Los Angeles earlier this year. The company plans to have them on the roads of 16 cities by the end of this year.

The Rivian electric vans are part of Amazon's Climate Pledge investment. Amazon led a $700 million investment round in Rivian in 2019 as part of the Climate Pledge agreement it co-founded. The agreement commits to achieving net-zero carbon emissions by 2040, 10 years earlier than the Paris Accord's plan. Amazon ordered 100,000 electric delivery vans from Rivian to help achieve that goal and plans to have 10,000 of the vehicles in service in 2022, with all 100,000 by 2030. 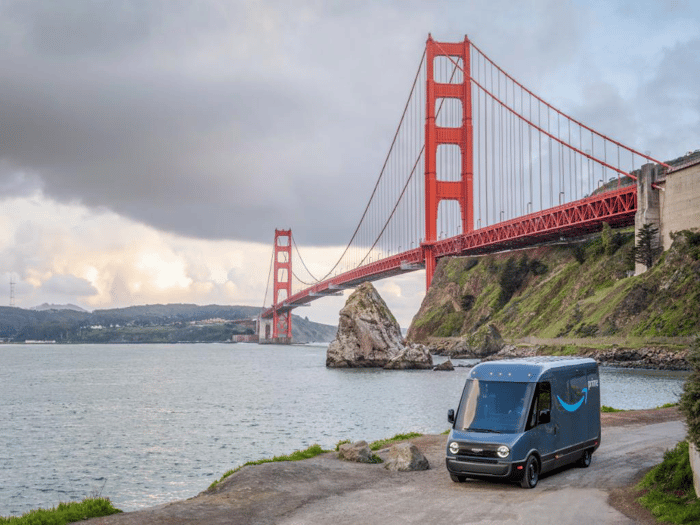 Rivian has raised $8 billion since the start of 2019 to fund its development. The new vehicles have a range of 150 miles on a single charge. Amazon said it has also begun installing thousands of charging stations at its delivery hubs across North America and Europe.

Amazon said it chose San Francisco as one of the first cities to test the Rivian electric vans because of its "great customers, unique terrain and climate," reported CNBC. In addition to the specialty vehicles for Amazon, Rivian plans to manufacture electric pickup trucks and SUV "adventure vehicles" specializing in off-road conditions.