These companies have long track records of raising their payouts to shareholders.

Investing in dividend-paying stocks is a good way to generate fairly reliable income. However, that strategy doesn't necessarily mean you should buy those that have the highest yields. Those may be a product of share price declines prompted by real problems in the underlying business -- problems that could lead to dividend cuts.

These two companies have made a habit of increasing their dividends, and income investors will find their yields compelling. 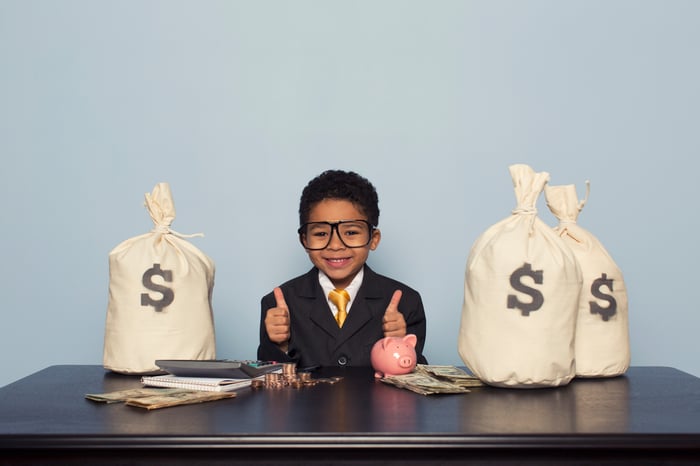 While PepsiCo (PEP 2.09%) is best known for soda, its lineup features an array of other products such as snacks, cereals, and beverages, sold under popular brands including Frito-Lay, Gatorade, Quaker, and Tropicana.

These food staples sell well in good times and hard times, including last year. In the fourth quarter, PepsiCo's revenue growth was 5.7% after stripping out foreign currency translations and the effects of acquisitions and divestitures. On that basis, earnings per share rose by 3%.

Last year, the company produced free cash flow of $6.4 billion, which was more than enough to cover its $5.5 billion dividend payout.

Better yet, the board of directors announced it would raise the quarterly dividend by 5% in 2021, making 49 straight years with an increase. That puts it on the precipice of membership in the elite class of Dividend Kings -- companies that have boosted their payments for at least 50 consecutive years. At the new $4.30 annual rate and its current share price, PepsiCo has a 3.2% dividend yield.

Realty Income (O -1.13%) is a REIT, which means it must pay out at least 90% of its taxable income as dividends, making it ideally suited for the portfolios of dividend seekers. It has been around for more than half a century, and has raised payments at least once a year for more than 25 years.

While Realty Income leases most of its nearly 6,500 properties to retailers, it minimizes its risks by renting to large, established, and financially secure companies. These include Walgreens Boots Alliance (WBA 2.90%), Dollar General (DG 3.64%), and Walmart (WMT 2.85%).

Its two most challenged types of tenants last year, movie theaters and fitness clubs, represent about 5.6% and 6.8% of its rents due, respectively. However, its diversified approach has worked during the pandemic. Thanks to its strong tenant base, Realty Income was able to collect most of the rent it was due in 2020 despite the trying circumstances. In the fourth quarter, it received about 94% of the rent due, and its occupancy level was nearly 98%.

The REIT pays its dividends monthly and started paying $0.2345 per share in January versus the $0.234 per share it distributed in the prior three months. Realty Income's dividend yield is 4.4%.

Both of these companies can undoubtedly quench your thirst for dividends, and you can rely on them to regularly increase their payouts. In the case of Realty Income, it typically does so more than once a year. PepsiCo just boosted its distribution, so you'll have to wait a while, but those hikes come like clockwork. And you can take comfort in knowing that both have kept delivering payout raises in all kinds of environments, including during the pandemic and recessions.