Please ensure Javascript is enabled for purposes of website accessibility
Log In Help Join The Motley Fool
Free Article Join Over 1 Million Premium Members And Get More In-Depth Stock Guidance and Research
By Jennifer Saibil - Mar 18, 2021 at 7:12AM

The travel company's sales decreased in 2020. But there are reasons to be optimistic.

As bad as 2020 was for businesses, there were several huge IPOs. Airbnb (ABNB -5.77%) was one of the most highly anticipated of the group, and it opened on the stock market at $146 after being priced at $68 for the IPO.

2020 was a pretty bad year for the travel company, making the valuation all the more outrageous. But in a 2021 that's already seen losing companies bid up into the stratosphere, is this more of the same? Or is Airbnb a buy?

Airbnb fills a need beyond what hotels and traditional travel establishments can provide, offering features such as lower prices and community living, including areas where there are no hotels. It has become so popular that an entire industry of local vacation rentals is known by its name. 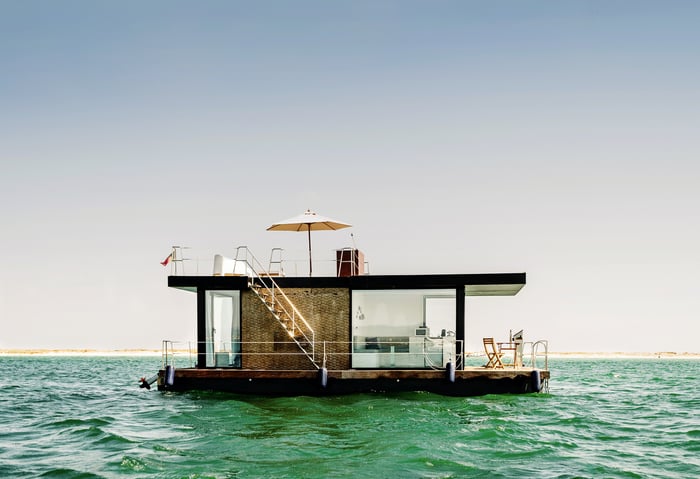 Pre-pandemic, the company was growing quickly. 2019 gross booking value (GBV) increased 29%, and revenue increased 32%. GBV declined 37% for the full year of 2020, but there were still 193 million nights booked. Revenue decreased 22% in the fourth quarter and 30% for the year. The company was proud of that, originally forecasting that it could be cut in half.

There are other encouraging signs as well. For the first nine months of 2020, 91% of traffic came from direct or unpaid sources, speaking to the company's brand awareness and ability to make sales without marketing. And for the full year 2019, 69% of revenue came from repeat guests.

Airbnb is confident that it can return to high growth as the pandemic recedes, for a number of reasons.

One, people are eager to get back to traveling, and an internal survey found that more than half the participants have already booked a vacation, or are planning to, in 2021.

As CEO Brian Chesky noted: "As the world continues to change, people's fundamental need for connection and belonging will not."

It's making moves to become a more efficient company, and adjusted EBITDA (earnings before interest, taxes, depreciation, and amortization) for the full year 2020 came in slightly better than 2019, despite the sales decline.

Airbnb sees the key to growth in more of the same of what it's been doing until this point: Actively growing its community of hosts, opening up in new markets, and improving its platform. It's also planning to "design new products and offerings," which is pretty broad, but taps into the vast potential for new ways to expand the business. One new venture is that Airbnb has also started to buy its own property, and that could grow into something quite significant.

I think just about everyone would agree that Airbnb is going places. The market is enormous, the brand awareness is strong, and the company has the tools to gain market share and spur massive growth.

The main debate is about whether the stock is overpriced relative to what it has to offers to shareholders. This is a company that's still posting losses and had a year of sales declines, and it's trading at a multiple of 59 times sales. It debuted in December and is already up 40% in 2021.

The entire stock market has been volatile over the past few weeks, but despite a tech sell-off, Airbnb's price remains stable. Does that mean it's due for a correction? We'll see. But that doesn't scare me, because I think Airbnb has a great future, and if you buy now and close your eyes, you'll see results long term.

Why Airbnb Stock Fell 11% in April