The parks will reopen in stages, first to members and season pass holders, then to the general public.

With California allowing theme parks to reopen in the state, Six Flags (SIX -2.77%) isn't willing to wait around for a month like Walt Disney (DIS -0.70%), which says the gates to Disneyland will swing wide on April 30. Instead, Six Flags will reopen Six Flags Magic Mountain and Six Flags Discovery Kingdom on April 1 and April 2 to members and season pass holders while the general public can come in on April 13. Six Flags Mexico is reopening today.

Six Flags is the largest theme park operator in the world, with 26 parks spread across North America, 23 of which are located in the U.S. Two others are located in Mexico and one is in Canada. 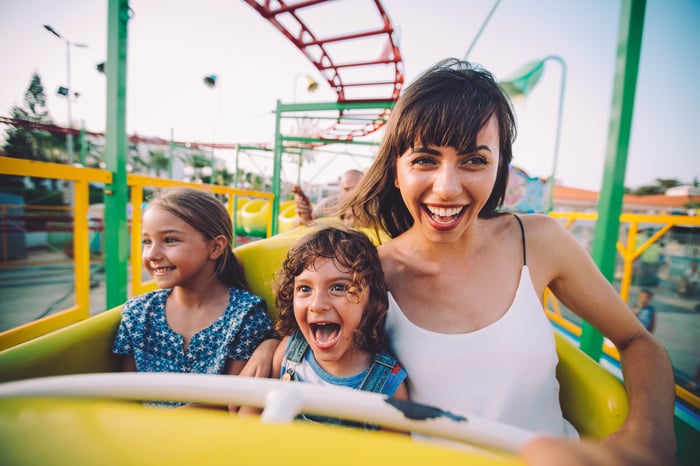 Although California theme parks are reopening, they are doing so under severe restrictions: capacity will be 15% of the total, and attendance is limited to California residents. Operators are also cautioning visitors to limit their enjoyment of activities that could result in them shouting, singing, or breathing heavily, as these actions can produce droplets that could spread coronavirus.

Disney says it is delaying its reopening because it needs to recall its staff and train them on coronavirus safety protocols. Six Flags is apparently ready to hit the ground running right away.