Please ensure Javascript is enabled for purposes of website accessibility
Log In Help Join The Motley Fool
Free Article Join Over 1 Million Premium Members And Get More In-Depth Stock Guidance and Research
By Rick Munarriz - Mar 18, 2021 at 9:35AM

Three of last year's hottest stocks are trading 44% to 49% off their recent highs. Let's go shopping.

Investors love to be opportunistic. You can be sure the next time the market has a significant correction -- or even an inevitable crash -- that battle-tested investors won't flinch at taking advantage of lower prices. What if I told you that a lot of promising growth stocks have already crashed?

Shares of Fastly (FSLY -6.27%), fuboTV (FUBO -7.12%), and Palantir Technologies (PLTR -3.60%) have all fallen at least 40% from their 52-week highs. These aren't perfect stocks, but they're definitely not broken. Let's see why I think these are three investments are ripe for the picking in today's market climate. 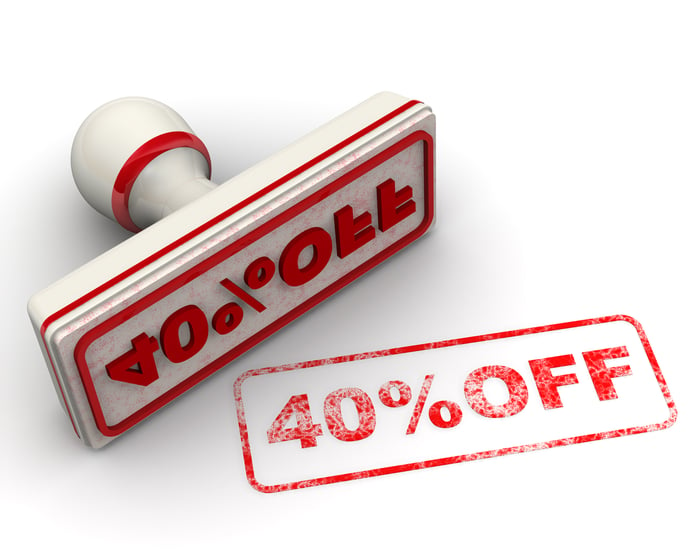 This next-gen content delivery network was rocking until the clock ran out on TikTok last year. Caught on the losing end of a trade war dispute between the U.S. and China late last year, Fastly lost a top account that was generating more than 10% of its revenue through the first nine months of last year -- and growing quickly, to boot.

There is life after TikTok, even if Fastly stock has shed nearly 45% of its value since topping out in October. Growth will slow from last year's 45% burst, but Fastly's guidance calls for decent 29% to 32% top-line growth in 2021. A recent acquisition is helping pad revenue gains, and Fastly's deficit will widen as it invests in new growth initiatives. This is far from a perfect company right now, but there's a lot to like here. Its net retention rate and dollar-based net expansion rate are slipping, but still comfortably over 100%. Fastly is keeping its customers happy, and there's no reason why the market believes that this is a little more than half the company it was five months ago.

We're cutting the cord, and live-TV streaming services are there to fill the void that the leading streaming services can't provide when it comes to live network programming. No one is growing faster than fuboTV in this niche, and it's stepping on the accelerator. Pro forma revenue rose 71% in the third quarter, 98% in the fourth quarter, and fuboTV's guidance calls for growth of 98% to 102% for the current quarter.

There are just 545,000 subscribers right now, but they're a loyal and engaged lot of sports fans. Average revenue per user is up to $69.19 a month -- up 17% over the past year -- and that includes an industry-leading $8.47 a month in ad revenue. Why is this stock trading 49% below its December all-time high?

This isn't the only game to watch here. A pair of recent acquisitions will lead to a fantasy sports platform for members this summer and a more ambitious online sportsbook offering by the end of the year. If you think fuboTV's painting too rosy an outlook for 2021, keep in mind that it boosted its 2020 year-end guidance three times and it still found a way to come out on top.

Palantir and Fastly may initially seem to have been separated at birth. Both companies grew revenue by 40% in their latest quarter, off from a pace in the mid-40% range for all of 2020 (up 45% for Fastly versus 47% for Palantir). Both stocks were slammed on uninspiring guidance. Palantir is targeting 30% growth for 2021, roughly the midpoint of Fastly's outlook. Wall Street can be a rough crowd when 30%-ish growth brings out the boo birds.

Palantir's business model is naturally completely different than Fastly's. It's more ticktock than TikTok. Palantir's speciality is big-data business intelligence. It arms enterprises with actionable analysis from the data it collets. For better or worse more than half of Palantir's business comes from government contracts. It didn't generate a lot of buzz through its first few weeks of trading after last year's IPO, but it certainly made up for lost time until peaking two months ago. It's been a 44% tumble from January's high. Palantir's valuation may have been overextended earlier this year, but this quality stock has gone from overbought to oversold in a hurry.