Please ensure Javascript is enabled for purposes of website accessibility
Log In Help Join The Motley Fool
Free Article Join Over 1 Million Premium Members And Get More In-Depth Stock Guidance and Research
By Zhiyuan Sun - Mar 21, 2021 at 7:44AM

Knowing how to avoid bad pot stocks is just as important as being able to pick out the good ones.

Canadian marijuana company Sundial Growers (SNDL 1.51%) has been incredibly popular among the WallStreetBets subreddit. After all, who doesn't love an underdog with ambitions of taking the weed market by storm? Unfortunately, not every big dream manifests into reality, and that couldn't be truer for Sundial stock.

For one thing, the stock price has doubled over the past year, but that's actually behind the curve -- the average weed stock saw a magnificent 171% gain during the same period. However, that's not the main problem. Let's take a look at why white-hot Sundial shares could seriously burn investors who buy now. 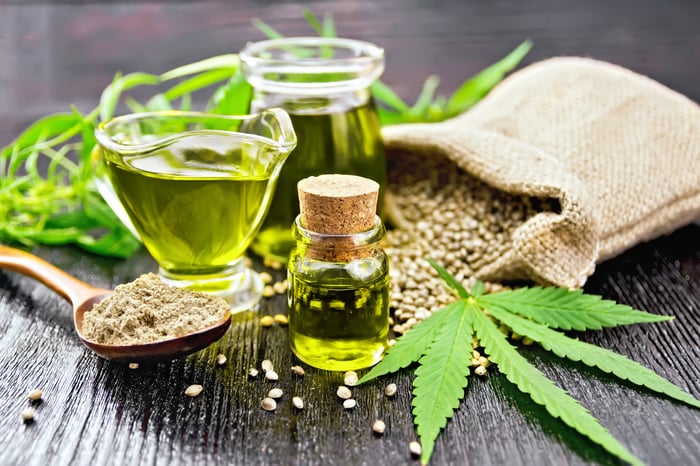 In 2020, Sundial revenue fell by 4% year over year to 60.9 million Canadian dollars. Gains in vape cartridge sales were tempered by declining dried flower and oil revenue, as well as falling cannabis prices across all of its products. Overall revenue was down even though the company produced 36% more dried cannabis (a total of 23,500 kilograms) than in 2019.

What's astonishing is that Sundial stock is trading for 43.6 times sales. Its fellow Canadian cannabis growers such as Aphria (APHA) are selling for much less than that (about 12 times sales). Aphria is also growing its revenue by about 34% per year and managed to break even in its latest quarter. Meanwhile, Sundial's losses are mounting. Speaking of which ...

Last year, the company posted a gross loss of CA$115.8 million. It saw a record amount of obsolete inventory and asset impairment as the Canadian marijuana market became hypercompetitive. The ever-expanding number of legal producers, a plethora of mom-and-dad pot growers, and the resilient black market have all combined in anything but a favorable way for Sundial. Its operating loss increased to CA$206.3 million from CA$142.7 million in 2019.

Buying shares of a company that is losing several dollars for every dollar it earns in revenue is probably not a good idea. Sundial inexplicably is still seeing investor demand for its shares in the market, but that may change very soon.

Amazingly, Sundial has no debt whatsoever and about CA$719 million in cash. That money didn't come from operations, however, but from the issuance of stock. Between July 2020 and today, Sundial's number of shares outstanding shot up from less than 200 million to a stunning 1.665 billion.

Since Sundial is operating at a nine-figure net loss, I would expect its newly infused capital to dissipate significantly over time. What's worse, the pot grower has a less than 4% market share in Canada with no international presence whatsoever. It will take a great deal of time and effort for Sundial to both trim its losses and expand abroad. I would not be surprised if it goes back to the capital markets to ask investors for more.

Given the pot grower's absurd valuation despite abysmal results, accelerating operating loss, and exuberant share dilution, Sundial Growers is definitely not a company that looks out for shareholders' best interest. Investors looking for marijuana stocks should understand that much better alternatives exist than what Sundial has to offer.