Please ensure Javascript is enabled for purposes of website accessibility
Log In Help Join The Motley Fool
Free Article Join Over 1 Million Premium Members And Get More In-Depth Stock Guidance and Research
By Rich Duprey - Updated Mar 22, 2021 at 10:18AM

The marijuana producer promises updates on the agreements in the coming months.

With HEXO (HEXO 6.95%) saying it is in the final stages of forging new partnerships with major consumer packaged goods (CPG) companies, at least one analyst says there's a lot more upside in the Canadian marijuana producer.

BMO Capital analyst Tamy Chen told investors in a research note that HEXO had disappointed the market with its lower-than-expected penetration in stores outside of Quebec, but as it expands distribution through branding opportunities with additional agreements, she said, the marijuana grower will see momentum return. 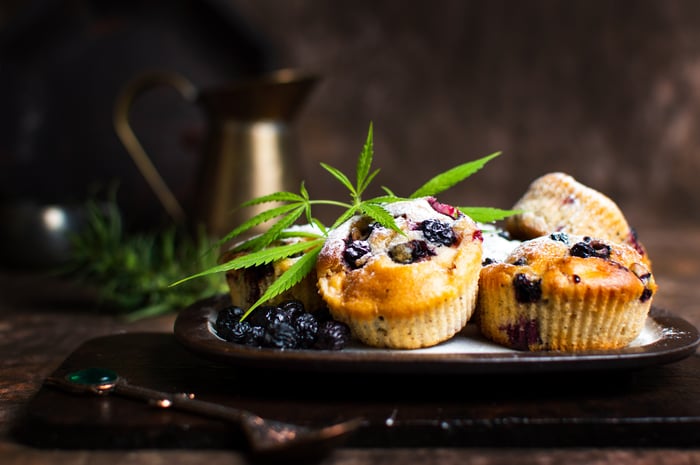 During HEXO's fiscal second-quarter earnings conference call with analysts last week, CEO Sebastien St-Louis said the company was negotiating with "world-class CPG companies" and would reveal the results of those discussions over the next few months.

With additional licensing received from Health Canada for its Center of Excellence manufacturing facility in Belleville, Ontario, HEXO says it is in an even stronger position than before to accept new partnerships for its Powered by HEXO edibles initiative. Using the technology and engineering capabilities of the CPG companies, HEXO will distribute the products as their own.

St-Louis noted that the agreements in the final stages of discussion are being negotiated around a "royalty-type arrangement."

Chen believes Wall Street should rethink its assessment of the company and factor into the equation additional revenue growth. She upgraded HEXO to an outperform from hold, and set a higher price target on the stock, raising it to 12 Canadian dollars ($9.59) from its previous CA$10 per share, a 20% increase.

HEXO closed Friday on the New York Stock Exchange at $7.23 per share. At current exchange rates, the analyst's price target would represent a gain of 33% for the marijuana stock.