Please ensure Javascript is enabled for purposes of website accessibility
Log In Help Join The Motley Fool
Free Article Join Over 1 Million Premium Members And Get More In-Depth Stock Guidance and Research
By Bram Berkowitz - Mar 23, 2021 at 7:03AM

With its acquisition of Radius Bank now complete, the peer-to-peer lender is about to make some interesting changes.

The digital loan marketplace LendingClub (LC 10.69%) has been on an interesting ride ever since it launched in 2006. It was one of the first peer-to-peer (P2P) marketplaces to go public, and at one point it was the largest such marketplace in the world, with its stock touching more than $128 per share in 2014.

Then scandal struck LendingClub in 2016, when management was found to be juicing returns on certain lending products and misleading investors. The stock began to plunge. By one point last year, it traded for less than $5 per share. However, since LendingClub completed its acquisition of Boston-based Radius Bank on Feb. 1, it has been on a tear. On its recent earnings call, management provided more details on what its path forward will look like.

The bank is now in place

The acquisition of the branchless Radius Bank makes LendingClub one of the first financial technology companies to secure a bank charter, which can be a lengthy process for a fintech. LendingClub also received regulatory approval for the deal faster than expected. After announcing its plans for the acquisition in February 2020, the company said it expected the process to take 12 to 15 months, but ended up getting approval in less than a year.

Adding a bank to its operation is a big deal. Prior to this, LendingClub funded all of its loans through warehouse lines of funding from external sources that cost more and could be less stable. Now, it will be allowed to hold deposits on its balance sheet and can use those which Radius has already collected to originate its loans. In 2020, LendingClub said it paid a weighted average cost of 3.3% on its cost of funding for its loans. Now, that cost will be reduced to 0.35%, significantly increasing its profit margins on loans. Management expects $30 million in cost savings for every $1 billion of deposits originated.

And Radius brings a solid deposit machine to LendingClub. The bank grew deposits from about $1.2 billion in 2019 to $1.73 billion at the end of 2020, demonstrating the power of its digital deposit-gathering capabilities. About 69% of those deposits were lower-costing demand deposits as well. 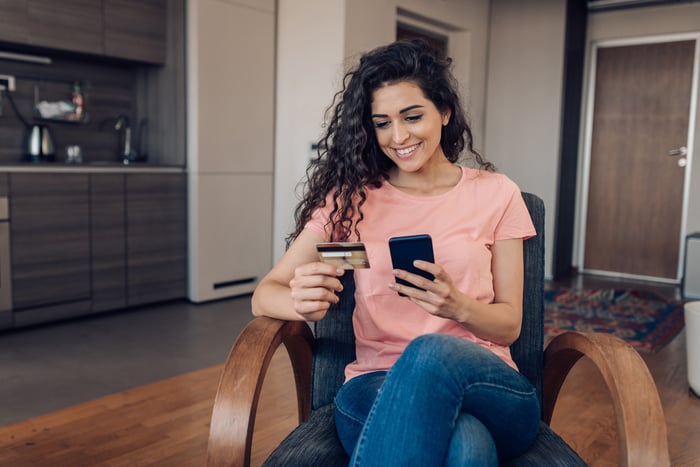 LendingClub is also changing its lending strategy. Prior to this acquisition, the company sold all of the personal loans it originated to investors for a fee. Now, it plans to retain 15% to 25% of its loans -- likely the highest-quality ones -- on its balance sheet. This will create a source of recurring revenue -- interest payments from the loans on its balance sheet -- to supplement the one-time fees it garners from originating loans. Management believes it can generate $10 million in net interest income and $4 million in servicing revenue for every $100 million in loans originated.

I'm also hopeful that the company will look for new avenues of revenue not solely based on originations. This should be more than possible considering LendingClub has 3 million members, many of whom are repeat customers. It could, for example, collect debit card interchange fees if it could get more of its members to open up bank accounts with it -- an opportunity made possible through its purchase of Radius. The bank may also look to hold more loans on its balance sheet eventually.

LendingClub may also be taking a conservative approach to its future projections. It's very early, but on its recent earnings call, management said that the company expects to originate $6.3 billion in loans in 2021 and report a loss between $175 million and $200 million. CFO Tom Casey said that this anticipated loss would be almost entirely attributable to a one-time charge related to the acquisition of Radius, and due to accounting changes that come with now being a licensed bank.

But the $6.3 billion in forecast loan originations for 2021 seems conservative considering the bank did more than $12 billion in originations in 2019. The Federal Reserve also recently increased its estimates for gross domestic product growth in the U.S. to 6.5% this year. The company easily beat the timeline it provided for the Radius acquisition, so management may be being cautious in terms of its projections right now just to make sure the company beats its targets.

Investors are clearly warming to LendingClub right now. The stock price recently rose past $21 per share, which puts it up more than 300% in the last six months. But the company has the potential to realize other sources of revenue from its huge member base, and could exceed its anticipated loan origination volume in 2021. It could also reach profitability sooner than it forecasts. So I suspect there is still plenty of room for the stock to run.