In a little more than a month, these three stocks have surrendered between 42% and 47% of their value. This correction could use a correction.

Life can come at you pretty fast as an investor. Shares of MicroStrategy (MSTR -12.20%), Skillz (SKLZ -3.78%), and LightInTheBox Holding (LITB -1.71%) were trading at fresh 52-week highs last month. They have all seen their stock prices plunge by more than 40% since their February peaks.

All three sharp corrections seem overdone. Let's check these stocks out -- one by one -- to see why they are all opportunistic buys at this point. 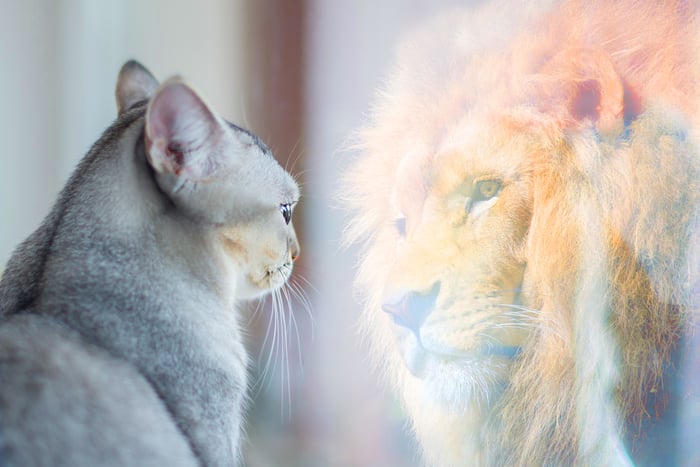 On the surface, there isn't a lot to like about MicroStrategy's business. It has rattled off six consecutive years of single-digit declines in revenue. It's just not hitting its stride in enterprise analytics. However, the stock was flying higher earlier this year because of founder CEO Michael Saylor's obsession with using his company's cash reserves to snap up Bitcoin (BTC -3.02%).

Saylor was an early adopter of crypto as a form of putting his software company's idle cash to work. It currently has 91,326 tokens, purchased at an average price of $24,214 per Bitcoin. It cost MicroStrategy $2.2111 billion for a position. With Bitcoin trading at roughly $55,000 right now we're talking about more than $5 billion of Bitcoin in its coffers.

MicroStrategy is currently commanding $7.5 billion in enterprise value, so two-thirds of its market value is backed by Bitcoin. The stock did get ahead of itself in early February when Bitcoin was rallying earlier this year, but MicroStrategy was 45% below its peak as of Monday's close. Bitcoin is actually trading 15% higher than it was when MicroStrategy stock hit its high. If you like your Bitcoin plays with a side of a fledgling enterprise software business, MicroStrategy is attractive as an investment again.

The hardest-hit of the three stocks here is Skillz, an online gaming platform offering contests and tournaments to monetize mobile apps. The stock has taken a 47% hit since hitting all-time highs in early February.

Publishers and developers of mobile apps have to decide if they want to cash in on their casual diversions through display ads, getting folks to pay up for virtual goodies, or just charging for the initial app download itself. Most of the more popular games use a combination of these strategies. Skillz offers a new revenue stream, dangling cash prizes for players.

Even after paying for prizes and compensating developers, it's still keeping a little more than 14% of the revenue for itself. The platform makes sense, and gamers seem to agree. Revenue rose 92% in 2020. The pandemic gave us a lot of time at home with our phones. However, Skillz is still eyeing a healthy 59% increase in revenue for 2021. We've yet to hit peak Skillz, even if the stock chart seems to suggest otherwise.

Another stock that has corrected sharply since last month is LightInTheBox. Shares of the Chinese online retailer have plummeted 42% since their February highs. LightInTheBox sells a wide range of merchandise -- from consumer electronics to clothing -- that it sources locally in the world's most populous nation to sell overseas.

LightInTheBox posted fourth-quarter results last week, and the growth was impressive. Net revenue soared 78% for the period, capping off a healthy 63% top-line burst for all of 2020. It's not just the top line that's impressive at LightInTheBox. This is also a profitable company, trading at 27 times last year's earnings.

Sales accelerated through 2020, and the New Year is seeing that trend continuing. LightInTheBox expects to grow its net revenue by 114% to 143% in the current quarter.

There are some real opportunities here. The disconnect between MicroStrategy's stock and Bitcoin's ascent, along with the healthy growth at Skillz and accelerating growth at LightInTheBox, make these corrections worth correcting. All three stocks look good at 42% to 47% of what they were trading for last month.