Please ensure Javascript is enabled for purposes of website accessibility
Log In Help Join The Motley Fool
Free Article Join Over 1 Million Premium Members And Get More In-Depth Stock Guidance and Research
By Rhian Hunt - Updated Mar 31, 2021 at 7:52AM

The company says it's looking for "disruptive opportunities" to grow its "digital ecosystem."

Chipotle Mexican Grill (CMG -2.15%) has invested in autonomous delivery company Nuro, a press release from the company today says. Chipotle describes the move as its "first significant investment in a third-party technology company" since CEO Brian Niccol came on board in 2018.

The fast-casual restaurant may be moving in the same direction as Domino's Pizza, whose marketing VP Dennis Maloney once famously described the restaurant chain as "an e-commerce company that sells pizza."

The Mexican-style restaurant came through the COVID-19 pandemic in fighting trim, making heavy use of digital ordering and various delivery methods to keep cash flowing during the lockdowns. The company's expanded use of so-called "Chipotlanes," or drive-through pickup lanes, helped it bolster sales even through the worst periods of the pandemic-related economic shutdown. Chipotle restaurants with the advanced lanes outperform those without, with CFO Jack Hartung remarking "results reaffirm our strategy of an accelerated pivot toward Chipotlane sites," according to MarketWatch. 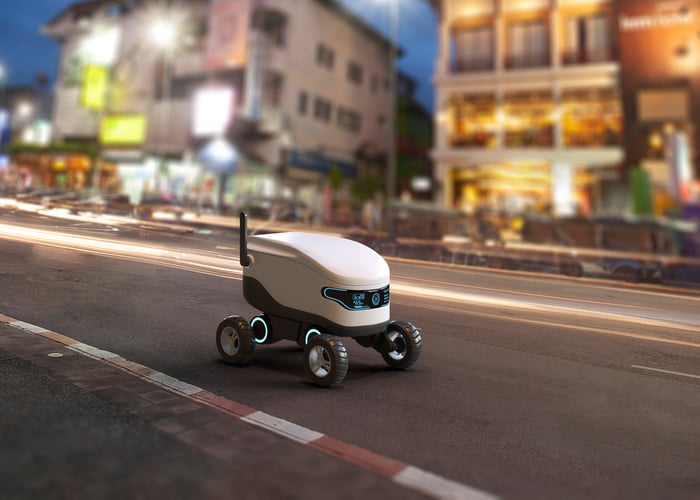 Though Chipotle executives were initially reluctant to switch to digital, according to the same source, they now appear to have embraced the model. Chipotle is now operating digital-only kitchens with no physical dining area, for example. Chief Technology Officer Curt Garner says "Nuro could change the traditional delivery model and we believe consumers are going to continue to seek options."

Nuro is an autonomous and robotic delivery vehicle start-up that is permitted to operate its vehicles on California public streets, receiving the green light from the Golden State's Department of Motor Vehicles in December 2020. Nuro's small, pudgy-looking R2 autonomous vehicle received a U.S. Department of Transportation exemption in February 2020 and was later tested in three states.