Eight of the company's 13 directors are retiring.

Are GameStop's (GME -3.56%) activist investors now cleaning house at the board of directors level, or is there a serious disagreement over the company's future direction?

Days after reporting more senior executives had resigned from the company, the video game retailer revealed in its annual report filing with the Securities and Exchange Commission it was about to experience a mass exodus of directors.

Eight of GameStop's 13 directors are retiring from the board and it does not have a slate of candidates to replace them. It notes the mass exodus "may disrupt our operations, our strategic focus or our ability to drive stockholder value." 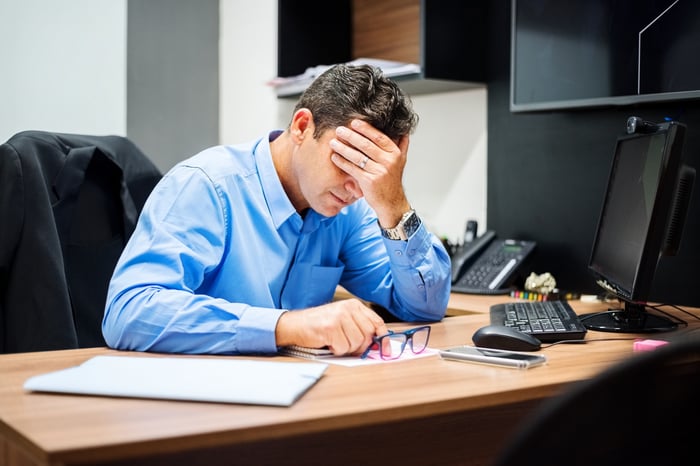 As part of GameStop's fourth-quarter earnings release, it announced a major change in direction as it transitions from a heavy footprint in physical retail to a consumer-oriented e-commerce-focused gaming company.

In February it reportedly ousted its CFO, who officially resigned though sources said he was forced out. Earlier this week its chief customer officer resigned for "good reason," which according to his employment contract, meant he had his authority or responsibilities gutted. Now the video game retailer is saying 60% of its board of directors is leaving.

The market doesn't seem to mind, as GameStop's stock is soaring 25% on the news, and that's likely a result of investors believing the remaining board members will be putting like-minded people in the seats of those on the way out.

For a company that's going to make as dramatic a shift in policy as GameStop will attempt, having everyone on the same page is crucial.

Among the departures, though, is Reggie Fils-Aime, who came to GameStop's board in April 2020, and is leaving after just one year on the job. He took the position after stepping down as president of Nintendo's America division.