Please ensure Javascript is enabled for purposes of website accessibility
Log In Help Join The Motley Fool
Free Article Join Over 1 Million Premium Members And Get More In-Depth Stock Guidance and Research
By Howard Smith - Mar 26, 2021 at 9:48AM

Disneyland is working with the city of Anaheim on plans to grow the resort's attractions.

Walt Disney (DIS 3.51%) hasn't reopened its California theme parks yet, but the company has still been busy with plans to expand Anaheim's Disneyland. The company has been working with city officials on a long-term plan to grow the resort, and to help propel the city's economic recovery from the pandemic impacts, according to The Orange County Register.

DisneylandForward is a company project to work with the city to update the blueprint for the resort district to allow new development. Though the company won't be looking to add land, Disney's team will be asking city officials for more flexibility on how it develops land that had previous approval for specific uses, according to the report. Disney could be looking to build on its current footprint with additional theme park attractions, as well as adding hotels, retail, dining, and entertainment to the current resort property. 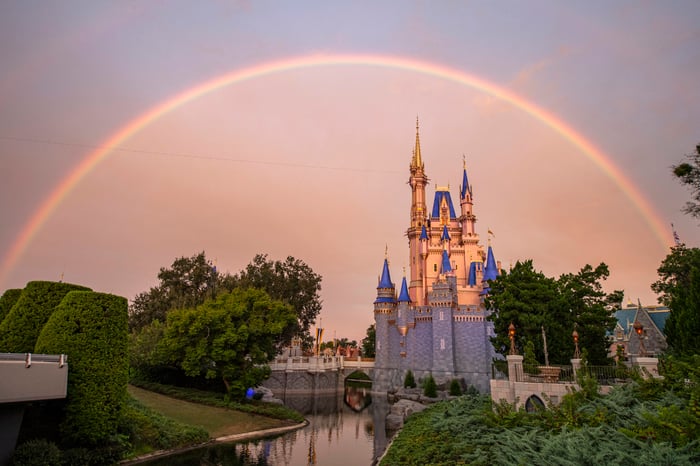 More immediately, Disney plans to reopen the Disneyland park from the year-long pandemic shutdown. Disneyland Park and Disney California Adventure park plan to reopen on April 30, 2021. Reservations will be required, and there will be limited capacity in the initial reopening phase. Entry will also be initially limited to California residents only.

Disney continues to navigate its business around pandemic disruptions. Its media and entertainment segment announced new details this week for Walt Disney Studios' upcoming film releases. The release of several films has been delayed until August and beyond, while Cruella and Black Widow will launch simultaneously in theaters and on the Disney+ streaming service.